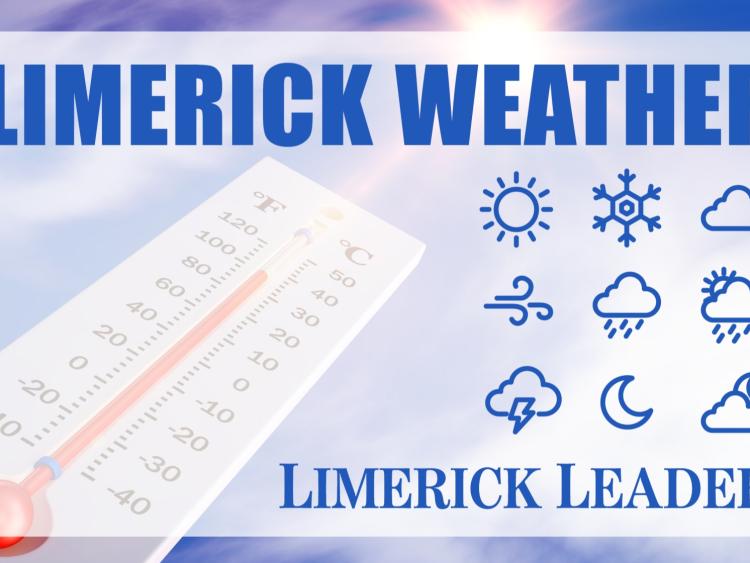 A STATUS Yellow rainfall warning for Munster commenced at 1am.

It is valid until 1am on Friday morning.

"Intense and potentially thundery downpours are expected on Thursday and Thursday night which may lead to localised flooding," say Met Eireann.

Highest temperatures 15 to 18 degrees. Winds light to moderate west to southwest or variable in direction.

"Given recent heavy rainfall, this will further elevate river levels and may result in river flooding also," say Met Eireann.