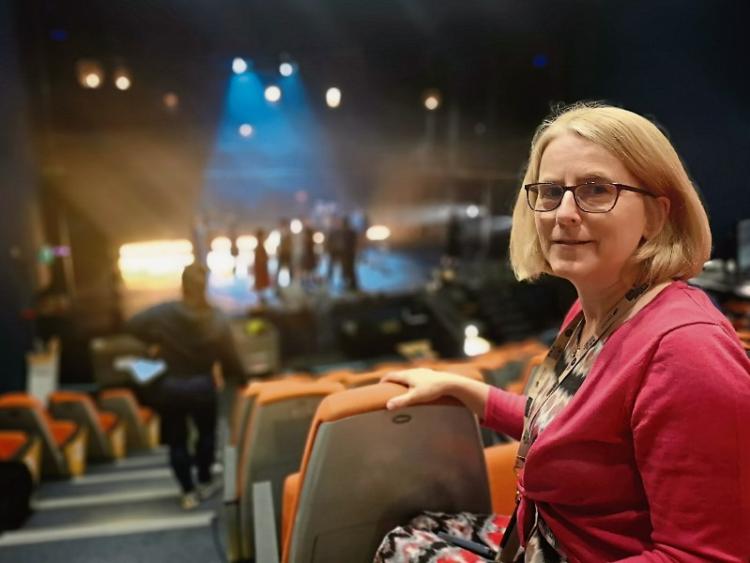 Louise Donlon said Government’s communications of restrictions was a ‘mess’

AS ALL theatrics and histrionics have been put on-hold, and stages and folding chairs gather dust nationwide, the pandemic’s financial shock to the arts sector has been something of a horror show, a leading theatre director has said.

Louise Donlon and her seven full-time staff at the Lime Tree Theatre and Belltable were on course to deliver another “bumper year”, to the tune of last year’s record-setting €1.1m box office revenue.

January and February were matching previous year’s income, and it was hoped that another busy March would see around €100,000 in box office sales.

But like every other theatre practitioner across the globe, these hopes were quickly torpedoed by the sudden plight of the Covid-19 pandemic. And instead of taking in €100,000, March saw a deficit of €40,000 due to refunds and loss of income.

And for subsequent months, the Lime Tree staff have been refunding in the region of €120,000.

The abrupt loss in business is due to the restrictive measures implemented by the Government to prevent the spread of infection. Currently, only 50 people are allowed to attend a show at any one time.

This is enough to run four weekly Bottom Dog Theatre shows at the Belltable in September, but not viable for the 500-seater at the Mary Immaculate College theatre, Ms Donlon said.

She has also hit out at the Government’s communications “mess” which had left many in the sector muddled over new restrictions.

When the pandemic was first declared, her focus was preparing for the eventuality that indoor restrictions would ease from two-metre distancing down to one metre.

This included the possible arrangement of a one-metre distance, the sanitation, and how attendants would be ushered, she explained.

But then the 50-person limit was announced, which projected an even worse forecast than if there was a two-metre limit. The latter would have meant a maximum of 80 seats.

But the new rule didn’t stop them from planning, on the premise that the Government would eventually ease restrictions.

“It was a complete mess in terms of one side of the Government. The right hand not knowing what the left hand is doing.

“There’s an attitude that because we’re in the arts, it’s ‘ah sure, it’s only people having fun’ and it’s not really the full-time job. Tens of thousands of people make their living as writers, as artists, as musicians, and it’s all gone. Stopped, full-stop dead, nothing happening,” she said. She said they are “really fortunate” that they have the Arts Council funding and the local authority funding to manage the Belltable, and are availing of the Government’s wage subsidy scheme.