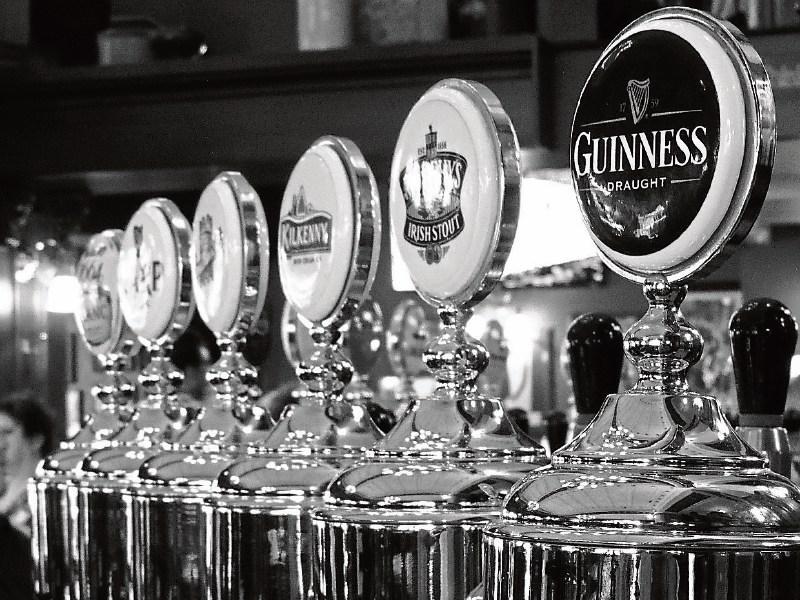 A COUNTY Limerick bar and restaurant has put up a sign to say they “cannot welcome customers” from the Rathkeale area due to a Covid-19 outbreak.

The notice in full reads: “It has come to our attention that there is an outbreak of the coronavirus in Rathkeale, therefore we regret that we cannot welcome customers from this area for the next 14 days.

“The health and safety of our customers and staff are our priority and we apologise for any inconvenience caused. We will be delighted to welcome our customers from this area again as soon as this issue is resolved.”

A Rathkeale man, who got in touch with the Leader, said he was “appalled” at the “discriminatory poster”.

“I take offence as a resident of the town that they would make such a derogatory comment about the residents of Rathkeale - where are the facts to stand by such a statement?

“I sincerely hope you will highlight this injustice aimed toward us decent law abiding citizens of Rathkeale - my hometown of which I am very proud of,” he said.

The Limerick Leader contacted the publican in question. He said the notice was in response to a large crowd from abroad that frequented his premises after a funeral in Rathkeale a couple of weeks ago. 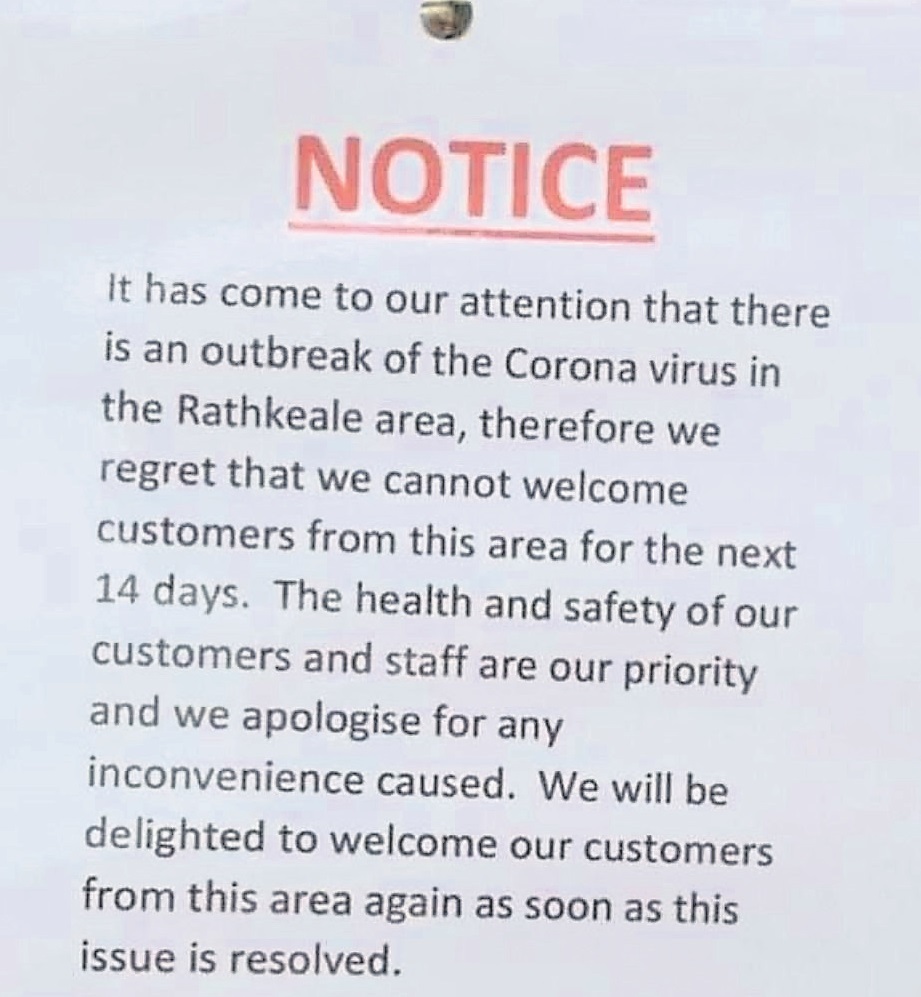 “We have no objection to the ordinary older people in Rathkeale. We still have people from Rathkeale coming. It is the people that came in from foreign countries with links to Rathkeale we have a problem with. They came from Germany, England, France, Italy, everywhere, to the funeral.

“They are supposed to self-isolate for two weeks but there was none of that. They seemed to congregate in our pub which is a restaurant actually. We couldn’t cope with them at all. They didn't understand anything about social distancing. They wouldn’t abide by any of the rules,” he said.

The well-attended funeral in Rathkeale was in stark contrast to that of a well-known local, he said.

“If it was normal times the whole parish would have gone to his funeral. There was about 10 people at it.”

One example he gave of breaches of the Covid-19 public health measures on the day of the influx in the pub and restaurant was the use of bathroom facilities.

“We had a girl in the smoking area manning the toilets so only two people could go into the toilets at the one time. Everyone in Ireland could understand that but not these lads. Ten of them would go in together. We just couldn’t handle them at all. Local people who are our customers 52 weeks a year dreaded getting Covid-19 off of them.”

He continued: “They don’t normally come into our place but they came in their droves. There was no such thing as ringing up and reserving a table for food. We couldn't deal with them at all. People who come in foreign reg cars to Rathkeale, parking up at our place, walking in and around the place amongst local people without any regard for anyone else - we had to do something about it. We put up a sign.

“We couldn’t go another day with them. Anybody who would have been in the place at the time and looked at all the foreign regs coming into the car-park would have said, something would have to be done about it.”

And while the sign says for the “next 14 days” the publican told the Leader it will stay up for the foreseeable future.

He said the notice has resulted in those coming from outside Ireland with ties to Rathkeale “slowly getting the message that they are not going to be served”.

“They can’t just wander in here in their droves. They won’t adhere to any social distancing rules and the other laws. They don't seem to understand the rules as regards Covid-19 at all. The rules are getting more strict all the time. We are the ones who have to enforce the rules. If there is something wrong we are the ones that are complained.

“There were so many there we couldn't handle them at all. They wouldn't do anything quietly. There would be a big fuss and arguing all the time. They would be grand if you gave them drink but when they didn’t get it then it was a Jekyll and Hyde situation.”

As well as his customers, the proprietor said he was also very mindful of his staff when putting up the notice.

“We have a lot of girls working in our place. They do a lot of work and have a good rapport, craic and banter between them. But when those people from those foreign countries come in there is no craic anymore.