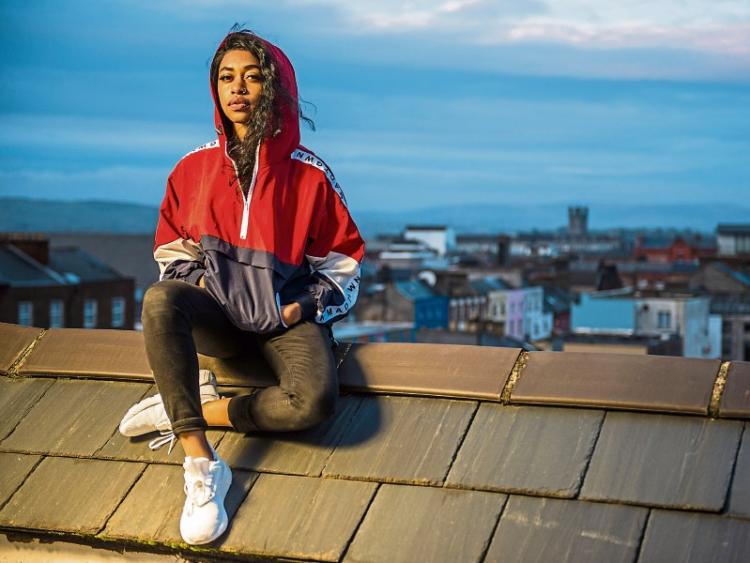 LIMERICK artist Denise Chaila is set to headline a one-hour music special which will be broadcast on RTÉ television.

Shine: A Summer Concert will air on RTÉ One from 8.15pm on Saturday, August 29.

The programme will feature a collection of music and perfomances which were filmed, in compliance with public health guidelines, at the Iveagh Gardens, the National Concert Hall and the RTÉ studios over a number of days.

Viewers will be treated to musical talents from all over the country including Denise, Dermot Kennedy and Cormac Begley.

Denise, who recently received a Limerick Person of the Month award, will join Dermot Kennedy and the RTÉ Concert Orchestra during the special progamme.

The recording of the performance was the first event for both the National Concert Hall and the orchestra since lockdown.

Watch their beautiful performances on RTÉ One next Saturday, 29th August at 8:15pm. ✨#RTEShine pic.twitter.com/49ToYhHgCd

Shine On, an RTÉ Player exclusive, follows on Sunday August 30.

The 30-minute programme features additional performances from Chaila, Kennedy and the RTÉ Concert Orchestra as well as behind-the-scenes footage and backstage interviews while RTÉ Radio One will broadcast Shine on the same day.

Commenting ahead of the broadcast, Ann-Marie Power, Group Head of Arts & Culture at RTÉ said: "After the powerful moment of RTÉ's Shine Your Light at Easter, during the country's darkest hour, we are delighted to present Shine, supporting our artists because they have been supporting and sustaining us through these past few months. It's so moving to see the level of emotion in the artists as they perform again for the first time in months, and we get some glimpse into the thousands of hours that go into mastering a craft, bringing home, yet again, how important it is for our country to cherish and nourish the enormous well of talent we have here in Ireland."