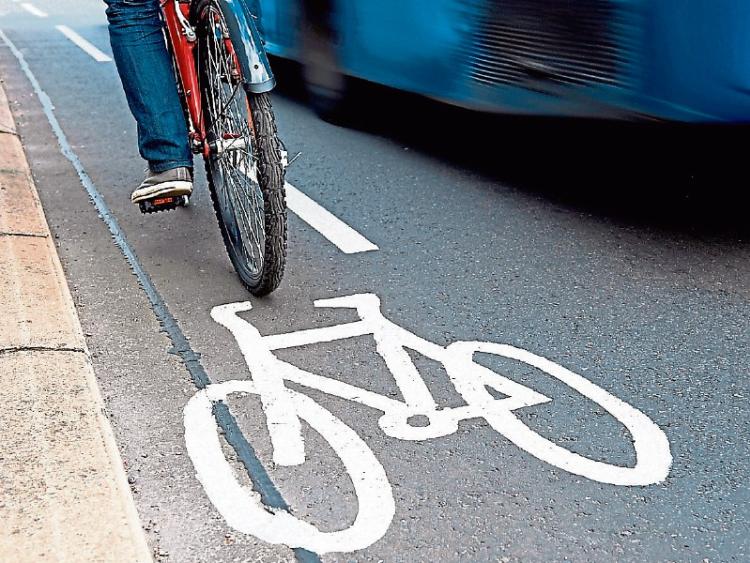 LIMERICK City and County Council will decide this week if it is to retain temporary cycle lanes in the city centre which were installed in recent months.

The Covid-19 mobility plan – designed to stimulate trade in Limerick – is set to by the end of the month.

But one of the measures introduced under the strategy, the introduction of cycle lanes on roads, could be continued into the winter.

Last week, more 1,150 people signed an online petition calling for the retention of the cycle lane on Shannon Bridge.

But on the other side of the argument, there are fears of traffic chaos by continuing to have restricted access to motorised vehicles on streets into the city, including over this bridge.

A rival petition has been set up urging council to axe the temporary cycle lane.

Metropolitan district leader Cllr Sarah Kiely said whether to keep, or ditch, the cycle lane is one of the biggest challenges the council executive has faced.

“A lot of people coming to the city’s schools will be using that bridge to access the schools. There has to be a lot of thinking put into what is going to happen. The bridge is quite difficult to navigate as a cyclist, but it’s equally difficult to navigate for people trying to get to work or school in a car with just one lane. We need to find a compromise,” she said.

Anne Cronin, who set up the Cycle Bus scheme, which saw bike riders cluster together on the bridge in order to safely travel to school, said since the lane was introduced, usage has gone up.

“All the families in the area that cycle with their kids and into work depend on this cycle lane now as part of their daily commute. I’m sure its use however will come into its own once the schools go back. In the council’s cycle network study in 2015 we were promised the issue of crossing the river for cyclists would be improved and five years later a temporary lane has been installed on Shannon Bridge. It simply must become permanent,” she said.

Eleven-year-old Bobby said: “We want to keep cycling to school when we go back and the lane on the Shannon Bridge keeps us safe from vans trucks and busses. I care about the environment and don’t want to drive 3km to school when I can easy cycle there.”

But Independent councillor Emmett O’Brien said: “We’d love to see cycle lanes everywhere, but given the nature of the environment we have, the continual rain and our transport policy, I cannot see young mums and dads dropping their kids to school on a bike every day.”

A council spokesperson confirmed the mobility plan will be reviewed this week.