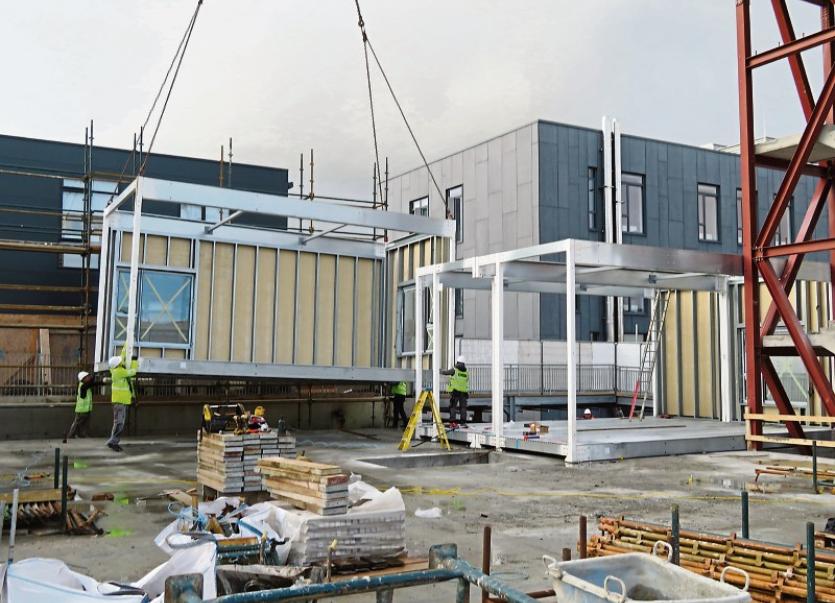 THE HSE has lodged its planning application for a multi-million euro 96-bed block at University Hospital Limerick, moving a crucial step closer to easing its long-standing overcrowding problem.

The development, expected to cost in the region of €25m, will comprise a four-storey structure on top of the existing emergency department, and will include 96 single beds.

While it is already part of the Government’s multi-year capital plan, the project’s progress has been subject to years of scrutiny and discussion among TDs and senators in the Mid-West region.

This follows around 10 years of lobbying to invest in extra beds at UHL, following the reconfiguration of the Mid-West accident and emergency departments in 2009.

A HSE report in 2008 recommended that 642 additional inpatient beds would be required to deal with the increase with capacity. As of December 31, there were 450 beds at UHL. Upon delivery of the 96-bed block, there will be in excess of 600 beds at the hospital.

This includes the 60-bed block at the Dooradoyle campus, which is on course to be completed by the end of 2020.

The estimated cost of the project is in the region of €19m, and will be made up of single bed isolated units.

While combating the Covid-19 pandemic, UHL still endures among the highest levels of overcrowding in the country.

On Tuesday, there were 43 patients being treated on trolleys in the emergency department and on extra trolleys or beds in the wards at UHL. Cork University Hospital had the second highest with 32 patients on trolleys, of 186 patients nationwide.

The Limerick Leader has contacted the UL Hospitals Group for an official cost of the 96-bed block and estimated time of completion.