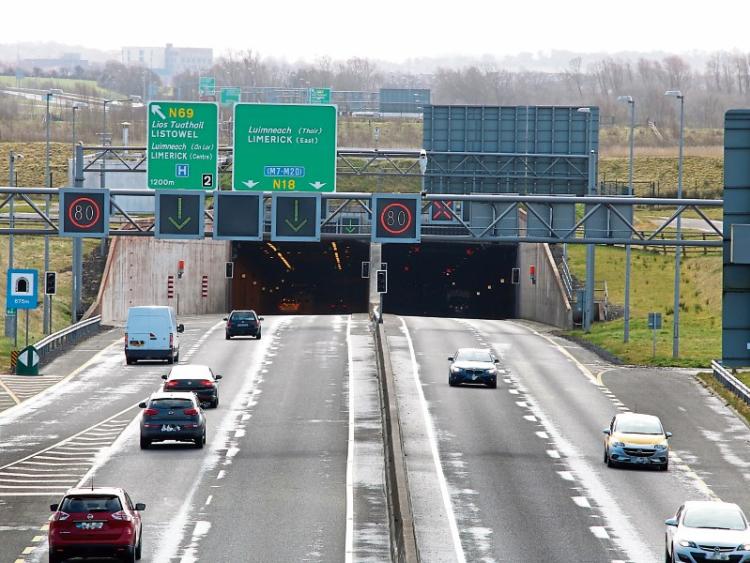 MOTORISTS are being urged to exercise caution after a breakdown in the Limerick tunnel.

AA Roadwatch has reported a breakdown in the northbound bore of the Limerick Tunnel between junction two at the Dock Road and junction three at Coonagh West.

Elsewhere, Storm Ellen, which left thousands of homes without power today, is also impacting on public transport across Limerick.

Bus Eireann has been forced to cancel its services on route 239 between Limerick and Kilfinane due to a fallen tree.

There are delays on railway services between Limerick Colbert and Dublin Heuston following fallen trees on the line which have since been removed.

Knock on delays may impact other train services between Limerick, Limerick Junction and the Dublin terminus.