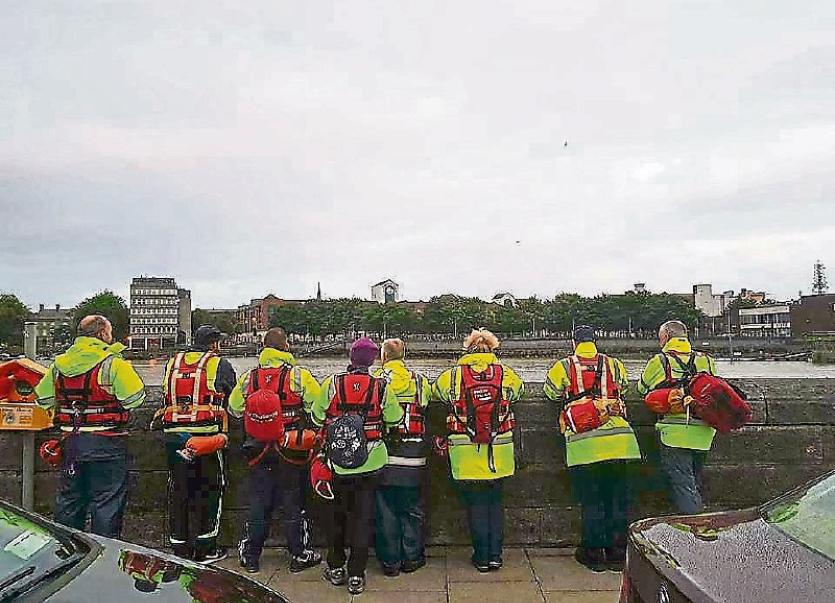 Treaty Suicide Prevention volunteers patrol the banks of the Shannon

A VOLUNTARY group which provides life-saving patrols along the River Shannon is seeking to find a new base in the city centre.​

Limerick Treaty Suicide Prevention operates along the banks of the river Shannon to provide to support for people who might be in distress.

Up to now, the group – which relies entirely on donations – was based at the Cathal May Roberts building in Bank Place.​

But they have been forced to move due to the work on Project Opera, which is set to commence in earnest in the coming weeks.

Treaty Suicide Prevention chairman Matt Collins said Limerick City Build, which gave the group the space, had afforded use of its new facilities in Grove Island.

But this is not feasible, as its volunteers need to be closer to the centre.

“For it to be feasible, for it to work, we'd need somewhere close. The problem we have is, as we do not have charity status, we cannot afford a building, we cannot afford to lease anywhere. We rely on what people give us. They cannot give us money so they have to give us equipment. We don't handle cash because of the situation we are in with the charitable status. So our hands are tied,” he explained.

“But it's a fair bit out, and a lot of our members come from the countryside from Tipperary, and Nenagh, and it would be very unfair to ask them to walk all that way into town,” Matt added.

In the short term, the group has been offered a spot in the King’s Island Community Centre.​

But Matt is hoping for somewhere more central so they are on-the-spot.

“We do need a place near the river. This is a hike from town to St Mary's Park. We were thinking last night to approach a city centre hotel. If they left us in there, if we could get a container near the river, that would be ideal,” he suggested.

In a worst case scenario, the group would work from the boot of their cars.

But one thing Matt said they will not even think about doing, is disbanding.

“​That will never happen, so long as I'm alive and I'm breathing,” he pledged.

If you can help Limerick Treaty Suicide Prevention with a venue, please telephone Matt at 085-2216938.