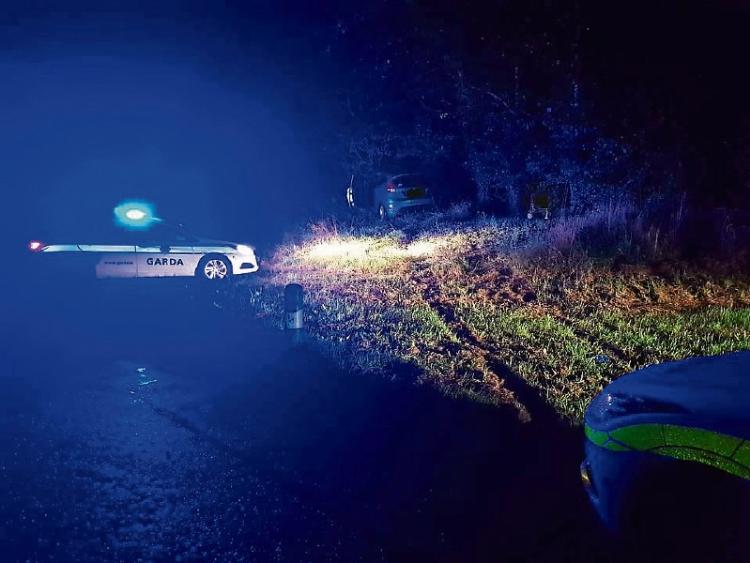 THE occupants of a car which entered a ditch in west Limerick earlier this week had a lucky escape, gardai have revealed.

No serious injuries were reported following the single vehicle incident which occurred late at night near Newcastle West.

“The occupants were extremely lucky to escape with no injuries,” said a garda spokesperson.

According to gardai, who have highlighted the incident on social media, the driver of the car was arrested at the scene on suspicion of drink-driving.

It was also discovered that the vehicle was not taxed and had a number of bald tyres.

The driver is to face prosecution before the courts for a number of road traffic offences.