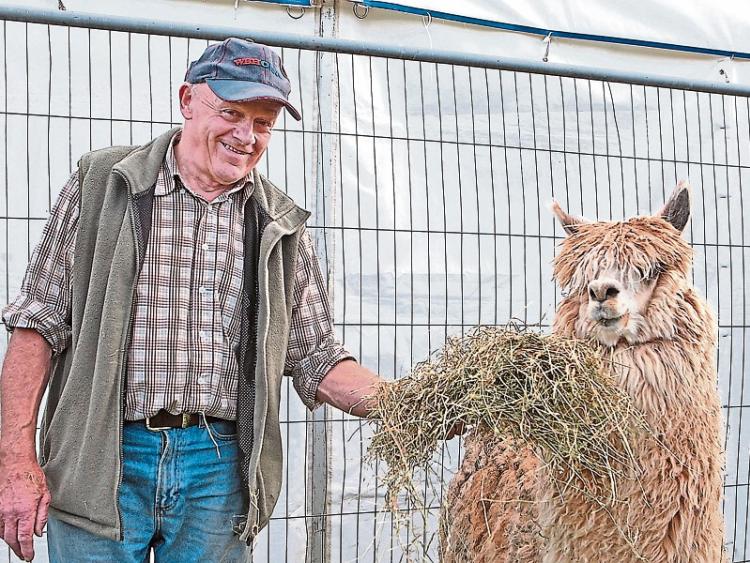 DATES for Newcastle West, Charleville and Bridgetown Shows have already come and gone. Cappamore was due to be this Saturday, August 15. And then Limerick Show in the Racecourse the following weekend.

They say you don’t appreciate what you have until it is gone. And that goes for our shows which are an intrinsic part of rural life. While most of us just turn up on the day, the organising committee, volunteers and exhibitors of cattle or horses, fruit, veg, arts and crafts etc put months of work into it.

Maura Walsh, Cappamore Show PRO, said cancellations have left a huge void in the lives of the communities and volunteers who organise these events. Nowhere is this more in evidence than in Cappamore. In the last few weeks, Marie Hayes, Paddy Ryan “Luke” and Margaret Gleeson have been busy getting the cups back from around the country. These are being displayed in the village’s pubs to “keep the spirit of the show alive” this week.

Communities like Cappamore have lost all the interaction and excitement that the show brings every year.

“The meetings of the show committee were social events in their own right. The work on the field was undertaken with gusto and enthusiasm. The night before the show day was a busy time taking in entries, exchanging chat and banter with competitors who were loyal and true year in year out.

“The big day itself was the highlight of the year in the parish. Prayers for fine weather were answered more often than not and the crowds descended for a day that was never long enough. ‘Too many things to see and do’ was the remark most often heard! The cattle, horses, dogs, crafts and cookery entered from every corner of the country were of the highest standard. To win a prize at Cappamore Show, in whatever category, was the best accolade an exhibitor could receive. The list of sponsors and the calibre of judges back up this claim,” said Ms Walsh.

Marie Hayes, chairperson for 14 years, said her phone doesn’t know what is going on as it would normally be hopping with calls and messages every August!

“It has been very strange. I’m involved with the show since I was going to school. It should be all systems go. It is eerie,” said Ms Hayes, who recalled two years ago members went to Tullamore at 11pm the night before the big day to get mats due to poor ground conditions. They worked all night so the show could go on.

“That shows the determination and lengths they are willing to go to,” she said. Children have oft been forgotten during this pandemic but Ms Hayes has special mention for them.

“The children are really missing it. They can’t grasp this thing at all,” said Ms Hayes. But she says they have to be positive and 2021 will be “extra, extra special”.

Paddy Ryan “Luke” is cut from the same cloth. Remarkably it would have been his 61st show as secretary. How will he feel waking up on Saturday morning?

“It's hard to say. I suppose there will be sadness attached to it, not alone on my part but on the part of everybody involved in the show, exhibitors and patrons. It was a date people had marked in their calendars for months in advance.

“It has become part of the social scene of east Limerick. There's a great resolve on the part of the committee to pick up the threads and just plough on,” said Mr Ryan.

He, Ms Hayes and Ms Walsh all stress their sadness at the passing of two of their most stalwart members - Timmy Butler and Mairead Finnan.

In a normal year, Josephine Blackwell would have been out visiting his pet farm to take promotional shots for the show of children with Timmy’s beloved exotic animals. He also brought his menagerie to the show. Timmy was active in all walks of life in Cappamore as well as the show.

While you would meet Mairead selling raffle tickets in the run up and on the day. She, like Timmy, was very friendly and sociable. They are missed by all on the Cappamore Show committee.