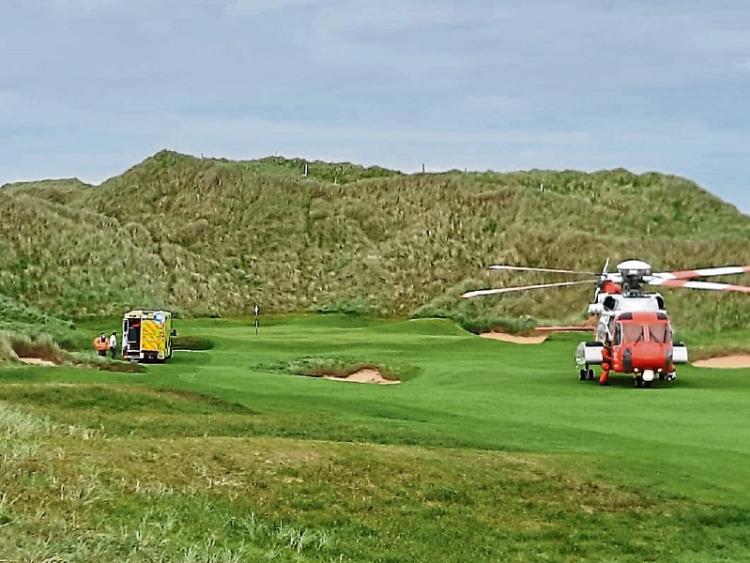 A LIMERICK city man’s quick-thinking while on a holiday stroll has saved a family from enduring a painful tragedy.

Captain Liam Halpin from Woodview Park came to the rescue of a young woman who had gotten into difficulty in the waters off County Clare.

Only for the fast action of Mr. Halpin the outcome most certainly would have been very different.

The dramatic rescue effort unfolded when Mr. Halpin and his family were enjoying a family walk on Doughmore Beach close to Trump International Hotel in Doonbeg on August Bank Holiday Monday.

“I noticed that there were two people in the water - a boy and a girl. They seemed to be struggling a bit. The boy managed to get himself out and when he came out he was still a bit panicked and he said that his sister was in trouble,” Mr Halpin explained.

The young woman started shouting for help. “They weren’t from the area. The boy was 13 I think and the girl was 19. She was being taken out by the tide very very quickly,” said Mr Halpin.

“She was struggling. There was a lady beside us and she called 112 and my wife ran up to the hotel and raised the alarm with them to see if they could get the coast guard or someone out.”

Mr Halpin started running back down the beach in search of a surfboard or bodyboard. “I came across a family who had a bodyboard.”

At this stage the young woman had been swept to a different location in the water.

“I am not a strong swimmer. Like if I had gone out in the water without the bodyboard I wouldn’t have been able to get back again,” said Mr Halpin who got into the water and started kicking to build momentum to reach the young woman.

“I had to go through the waves rather than over them as they were so high. Eventually when I got to the point where I thought she was, she had been swept out further again and I couldn’t see her or see people on the shore at the stage either to direct me to where she was.”

The teenager started shouting so Mr Halpin saw her. “To be fair to her she was very, very strong - she could have been in the water 15 minutes at this stage, maybe more, and she still managed to keep herself up over the water which I would say was very hard. I’d say the water came in over her head I don’t know how many times. Eventually I got to her.

“I put the board out and said ‘hold onto it, don’t let go’ and then the two of us started kicking like mad into the shore.”

By the time they reached land, the helicopter, coast guard and the National Ambulance Service had arrived on the scene.

“The girl was checked out in the ambulance first and was then taken to University Hospital Limerick in the helicopter. She was able to walk to the ambulance.

“Thank god it all worked out in the end. I haven’t heard anything since,” said Mr Halpin whose family were very relieved when he got back on shore.

“I was alright,” he smiled, modestly, downplaying his heroic endeavour.