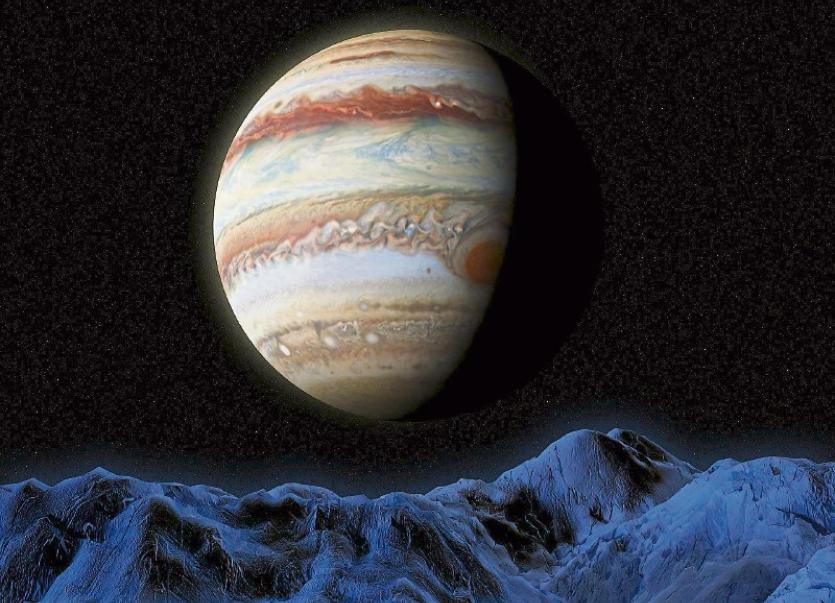 Over the last month the excitement of comet Neowise has taken over astronomy headlines superseding many other wonders of the night sky.

In fact now is a good time to observe the planet Jupiter which shines brightly in the southern evening sky.

Located in the constellation Sagittarius, Jupiter is currently the 4th brightest celestial object in the sky.

The largest planet in the Solar System, Jupiter is known as a gas giant and is famous for its colourful bands and spots including the Great Red Spot. Even with a small telescope you can distinguish between the lighter bands known as zones and the reddish bands known as belts. These zones and belts remain separate due to the strong jet streams created by Jupiter’s fast rotation, rotating once every 10 hours, and represent the upper layers of Jupiter’s atmosphere.

But perhaps the most prominent feature on Jupiter is the Great Red Spot which was first identified in the 1600s and epitomises the stormy nature of the planet. Measuring twice as wide as Earth, the Great Red Spot is a large anticyclonic weather system reaching wind speeds of up to 480 km/h.

While Saturn is infamous for its rings the discovery, in 1979 by the Voyager 1 spacecraft, of a faint set of rings around Jupiter came as a surprise. In contrast to Saturn whose rings are made of ice, Jupiter’s rings are composed mainly of dust thought to be the remnants of meteoroids that impacted some of its closest moons.

Jupiter has at least 79 moons most of which are less than 10km in diameter. However, it’s four largest moons, Io, Europa, Ganymede and Callisto are of similar size or larger than Earth’s moon and were discovered by Galileo Galilei in 1610 and are aptly known as the Galilean Satellites.

Europa, the smallest of the four moons has sparked interest in the scientific world as the most promising place to look for life beyond Earth. There is evidence that the smooth icy surface of Europa is floating on an ocean of slushy water.

In contrast to the icy world of Europa, Io is the most volcanically active body in the solar system and rather than the cratered surface we associate with our own moon, Io’s surface is smooth as it is continually modified by volcanic eruptions and subsequent lava flows.