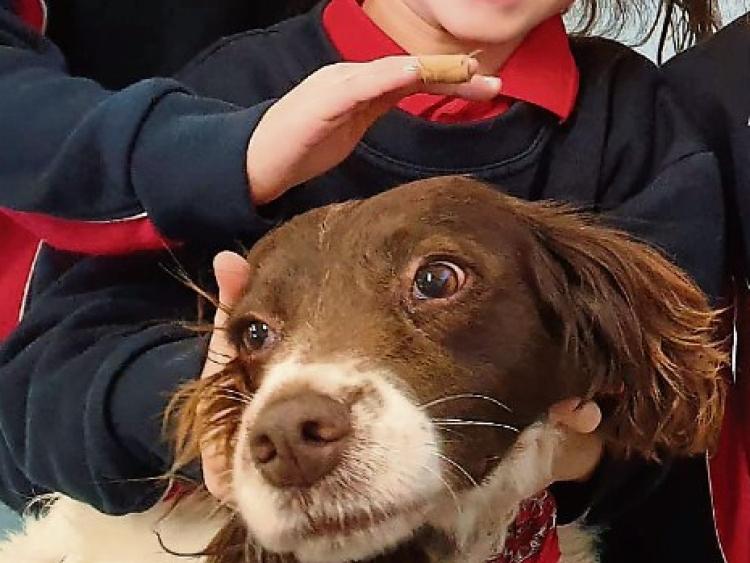 THE spate of dog thefts continues unabated across County Limerick and the country.

However, one family in Doon had a lucky escape last week thanks to an eagle-eyed neighbour. Declan Ryan, secretary of Doon GAA Club, confirmed it occurred at his home when contacted by the Leader.

“It was about 7.30pm last Tuesday evening (July 28). There was nobody at home at the time,” said Declan.

His family had bought a Beagle puppy during lockdown and it is a beloved family pet.

“The dog was in the garden. The gate was closed. They came in over the wall. A neighbour spotted a vehicle and people on our lawn.

“The neighbour came out, shouted at them and they ran. We were just lucky,” said Declan, who thanked the neighbour for stopping their dog being stolen like so many others. What happened was the talk of the Doon and Adare match on Friday evening as people were so delighted that yet another family had not been affected.

Bruff Gardai are investigating the incident. The vehicle in question is said to be white 2011 Volkswagen Touareg with a blonde woman and a younger man inside. The public is asked to report any sightings of this van to Bruff Gardai on 061 382940.

Many others have not been as lucky as the Ryans. The Regional Alert - North Munster Facebook page, which collates Community Alert messages for east and south Limerick, north and west Tipperary and north Cork, is full of thefts and attempted thefts of dogs.

On Friday, it was reported in Hospital that a “tug of war took place to free a dog” during an attempted snatching. While in Murroe on July 24 it reports that a dog had a microchip removed. “The animal was left distressed, and with a significant neck wound requiring veterinary care.”

It is believed that a bit of rope or shoestring is tied to the fence of properties where dogs are kept. However, in Declan’s case in Doon he didn’t see any of these “markers”.

One of those not so lucky is Orlagh Eichholz, who teaches in Caherline National School. Molly, a Springer Spaniel aged approximately nine, was taken from Orlagh’s garden in Cappawhite on Friday evening, July 17.

Since then she has moved heaven and earth to try and get her back.

“Her value to be sold is not much because she’s so old and neutered but we would give or pay anything to have her home to her home comforts and family!

“Molly is a house dog and goes out to the toilet with our other dog Millie before bed. She just pops out to the garden and then they come back in. They go nowhere without each other.

“When Millie came back in without Molly we acted immediately and contacted the gardai in Tipperary Town,” said Orlagh.

To the teacher who often brought the dog to Caherline NS, Molly is priceless. A reward is being offered for the safe return of Molly. Please contact 086 8040561 or see the Bring Molly Home Facebook page.

As well as trying to get Molly back, Orlagh wishes to warn other dog owners of an increase in thefts in recent weeks and months.

“They are being stolen as a knock on effect to Covid because the price of dogs has skyrocketed. Loads of them are being taken out on ferries to the UK where they are making even more money.

“I knew there was dogs being stolen but I didn't realise the extent of it until Molly was taken. I joined a couple of lost and found dog pages and there are hundreds going missing every day. In the last two weeks it seems to have exploded. They are literally just taking dogs from house after house,” said Orlagh, who believes that Molly is in the UK now.

“We will stop at nothing to get Molly back home to her warm bed and her bestie Millie,” she said.