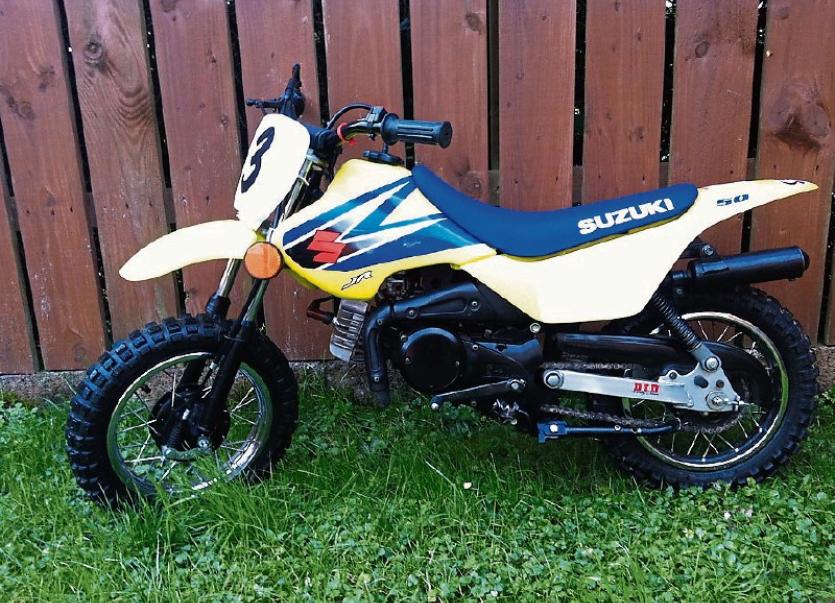 GARDAI seized more than 1,700 scrambler bikes and similar vehicles for dangerous use across the last year.

The head of the Limerick garda division, Chief Supt Gerard Roche confirmed at a recent meeting of the Joint Policing Committee that a total of 1,704 electrically or mechanically propelled vehicles of this type had been taken across thee city and county.

But metropolitan district leader Cllr Sarah Kiely says she feels the gardai could go further – and suggested members were given erroneous information around the laws surrounding the use of scrambler bikes.

Communities across Limerick have been left reeling after an increase in the use of the vehicles, with damage being done to public greens in some areas, as well as pedestrians put in danger.

At a meeting of the Joint Policing Committee, the Fine Gael member joined her council colleagues in raising the issue, and questioning what powers the gardai have on the matter, under section 41 of the Road Traffic Act 1994.

She was upset to be told that gardai can only seize the vehicles in named parks, claiming in private meetings with An Garda Siochana, she had been told the opposite.

“At a special meeting of the metropolitan district, we were told that under section 41 of the Road Traffic Act, all powers were with the gardai in relation to seizing scramblers, quads and any other mechanically propelled vehicle. But now they are saying they cannot do so unless its a named public park. If it’s a communal green area in a housing estate, it seems there’s nothing they can do,” she said.

Sinn Fein councillor John Costelloe says there is an “obvious loophole” in the law, and urged closing this to be fast-tracked.

Fianna Fail councillor James Collins questioned whether he felt the gardai’s powers were sufficient in this regard.

Chief Supt Roche acknowledged policing the use of scrambler bikes is a “delicate matter”.

Cllr Collins said if the gardai require assistance from councillors through the introduction of by-laws, then members would be happy to oblige.

Labour councillor Conor Sheehan said: “People should not be afraid to out in the street and be hit willy-nilly by these.”

And Cllr Sean Hartigan, Green Party, urged the regulation of the sale of scramblers, saying they can be bought online for just €300.