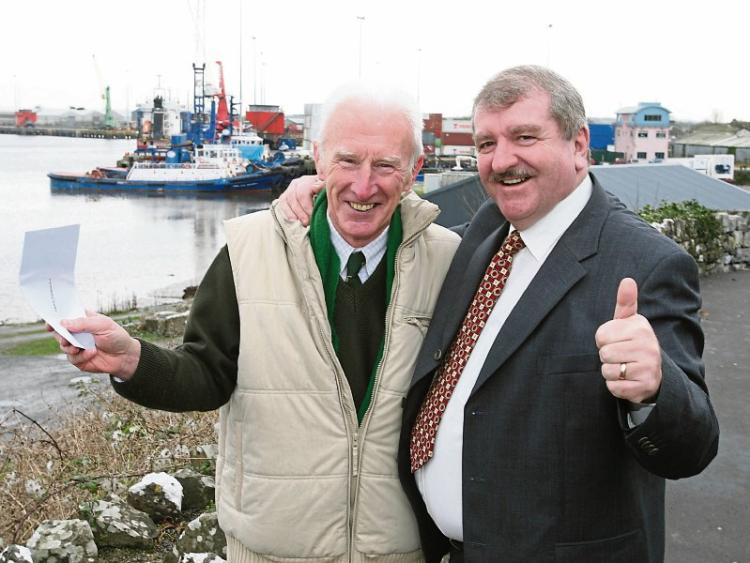 THERE was sadness in Askeaton this week following the passing of a man known as the town’s “Mr Swim”.

Michael Mulcair, who died aged 86 following a short illness, has been described as a “total Askeaton legend” by local councillor Kevin Sheahan, having founded both the local soccer club and the swimming club.

He taught generations of youngsters in West Limerick how to swim well.

The latter was significant, as it paved the way for the opening of first the outdoor swimming pool in Askeaton, and the indoor facility which exists today.

He was an excellent coach, the Fianna Fail man said, adding: “Michael had a peculiar ability to earn the respect of young people without even trying. I heard one of my own boys telling me how he taught him to swim. He told me he’d shout at him, but it was only to get him to improve.”

It was the swimming club which began to raise funds for the outdoor pool, which at the time was the envy of the county.

Cllr Sheahan said: “It was a huge achievement for a small place like Askeaton to have an outdoor swimming pool. It was the first outdoor heated pool in the country. We installed a heating system where it’s be covered at night, an insulating material. We had swimming galas there. That place would be packed on a summer’s evening.”

Michael was also a big fan of boating, the councillor added.

“He was Mr Swim, but he was also anything to do with the river. Anything about watersport, he would be there to help and promote it. He was a swimmer, a great man, a great man for his community,” he added.

Although Michael’s funeral Mass at St Mary’s was held in private due to the Covid-19 restrictions, a large gathering of his friends lined the streets between the two squares and the bridge over the River Deel.

Michael also lived in Greystones on the northside of the city, and worked for the old Limerick County Council.

He is the much adored husband of Sheila, beloved father to Elaine, Anne, Mary and Sheila, the adored grandfather of Michael, Chris, Kate, James, Emma, Nell, Grace and MJ, as well as the dear brother of Anne and the late John.

Michael is also missed by his sons-in-law Brian, Kevin and Mark, plus his sister-in-law Patsy, her husband Donie, plus relatives and friends.

He was laid to rest at the Reilig Mhuire cemetery.

“Michael is much loved, hugely missed and always remembered,” his family said.

People wishing to leave donations are asked to make them to the Homecare Team at Milford Hospice.