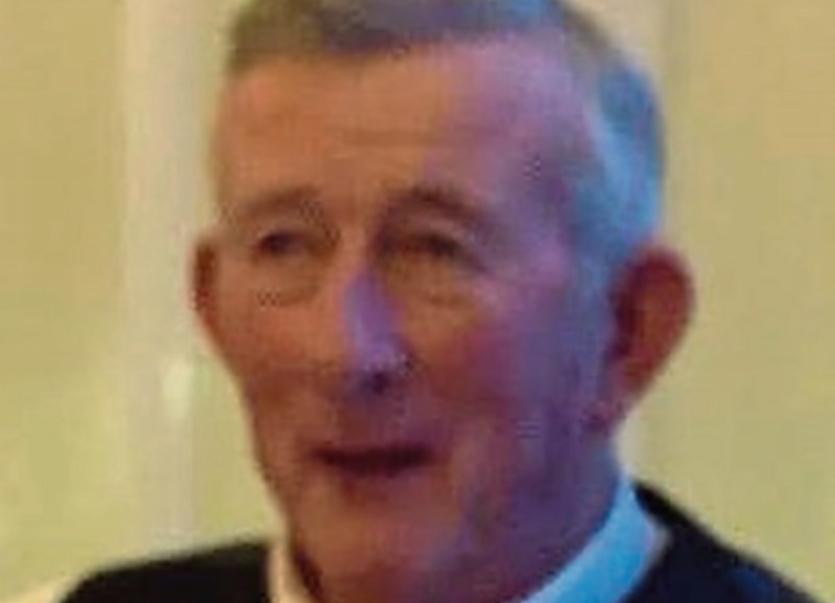 The Anglesboro man bought his first tractor when he was only 16. Sixty one years on, Mr Mullins died after a farming accident involving a gate on Thursday.

The 77-year-old was laid to rest on Sunday following Mass in Kilbehenny. While only 50 were allowed in the church, hundreds stood outside and around the graveyard in a socially distanced manner.

“He did everything right. He was hugely popular and would be very well known. He did a lot of contracting work for silage and cutting hedges for years,” said Fr Kelly.

While the parish priest gave a moving homily he said the nicest speech was from Mr Mullins’ daughter, Deirdre.

“She said he brought his first tractor at 16 years of age. She said he always told them he wanted to die with his boots on and she said he did. She said he would prefer that to dying in a hospital,” said Fr Kelly.

He also said one of the nicest and simplest things you can say about anybody gone to their God.

“He will be missed,” said Fr Kelly.

Cllr Eddie Ryan said he knew Mr Mullins for most of his life but more so since he got into politics some 20 years ago.

“Calling to him canvassing was always a joy and a pleasure because you were never short of something witty and enlightening from Danny. He called it as he saw it. He was a straight shooter. Danny was a lovely man and it was always a pleasure to meet him,” said Cllr Ryan.

The Galbally councillor described Mr Mullins as a “great farmer” and “a man before his time in terms of agriculture”.

“He improved land and the reclamation of land. He showed us how it should be done. As well as being excellent dairy farmers contracting was their speciality - silage, baling, hedge cutting. They worked hard at it,” said Cllr Ryan.

The two men used to meet every year at the coursing in Galbally.

“He had a great love for coursing. One of our annual get togethers was to meet at the coursing in Galbally and we would have a drop. We might not meet again for the year but he was a joy to meet.

“He has a lovely family, a beautiful family and my heart goes out to his wife, his sons and his daughter,” said Cllr Ryan.