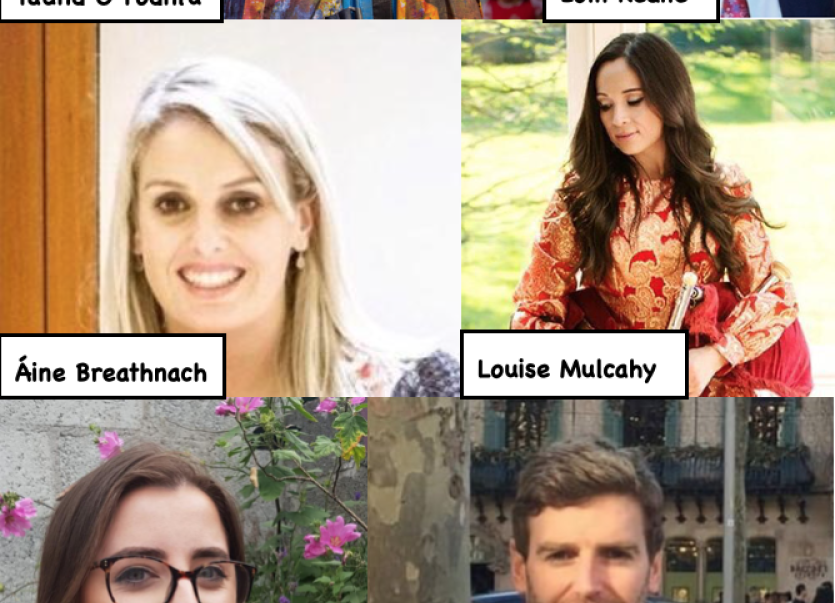 A new series of podcasts, in Irish, which launched on August 4 will feature two Limerick women. The podcast, supported by Foras na Gaeilge is called ‘Comhrá le hÓgie’ is presented by author and Limerick teacher Ógie Ó Céilleachair, who had great success in earlier this year with a series of podcasts based on his books ‘Cúpla’ and ‘Katfish'.

One of Ógie's guests is a former Gaelcholáiste Luimigh student Emily O'Shaughnessy. Emily recently finished her first year studying in the School of Education at Mary Immaculate College, Thurles.

Emily has a very successful blog in which she discusses issues such as her experience of the education system, the Irish Language, life as a third level student and coping with grief and loss during her Leaving Cert.

Louise Mulcahy of Abbeyfeale will also feature on 'Comhrá le hÓgie’. Louise currently lives in Navan, Co. Meath and has travelled the world performing with her sister, Michelle, and her father, Mick. Louise is a multi-instrumentalist and has lectured the history of women in 'uileann piping'. She has released a solo album and has featured in many albums with her family, which have been well received.

Other guests who will feature on the ‘Comhrá le hÓgie Podcast’ include Tadhg Ó Foghlú from the Gaeltacht of An Rinn in Waterford who is currently based in Ho Chi Minh City, Vietnam,

Áine and Billy Breathnach from the Gaeltacht of An Rinn in Waterford and political commentator Eoin Keane from Kilmihil, Co. Clare who is currently based in Brussels, Belgium.

Comhrá le hÓgie can be streamed on Apple Podcasts, Spotify, Soundcloud and other podcast platforms.