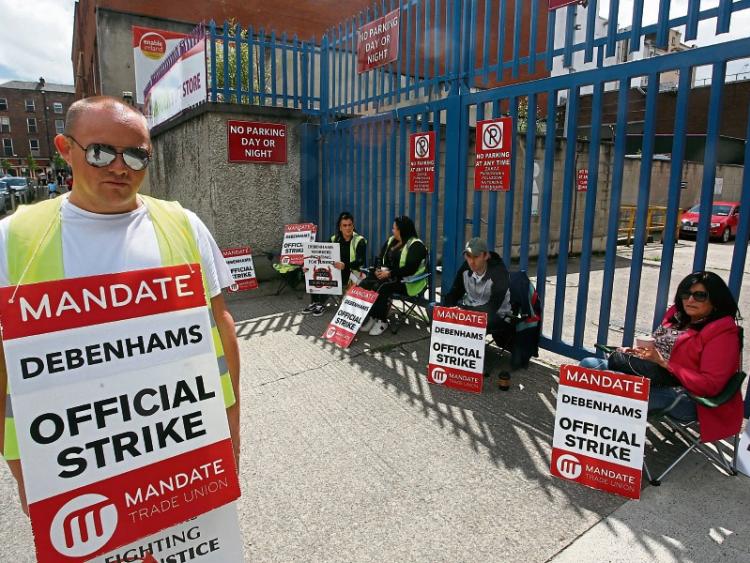 SOLIDARITY TD Mick Barry has claimed that liquidators have entered the closed Debenhams Limerick store in the middle of the night.

The British retailer ceased operating here just before Easter, with the High Court winding its Irish business up and appointing liquidators Kieran Wallace and Andrew O'Leary of KPMG.

This sparked protests around the country, with workers in Limerick keeping an around-the-clock vigil outside the O’Connell Street store in a bid to stop the stock leaving the premises, and get what they feel is a fair redundancy settlement.

“There were a lot of indications that attempts are being teed up for the moving of stock. Minister, be very clear, the workers are determined, the resolve is very strong. Bank Holiday weekend or no, there will be no stock removed from those shops until such time as there is a just settlement, two weeks as a minimum put in place put in place for those workers,” the Cork North Central TD added.

Around 110 jobs were lost when Debenhams shuttered its landmark outlet in the city centre.