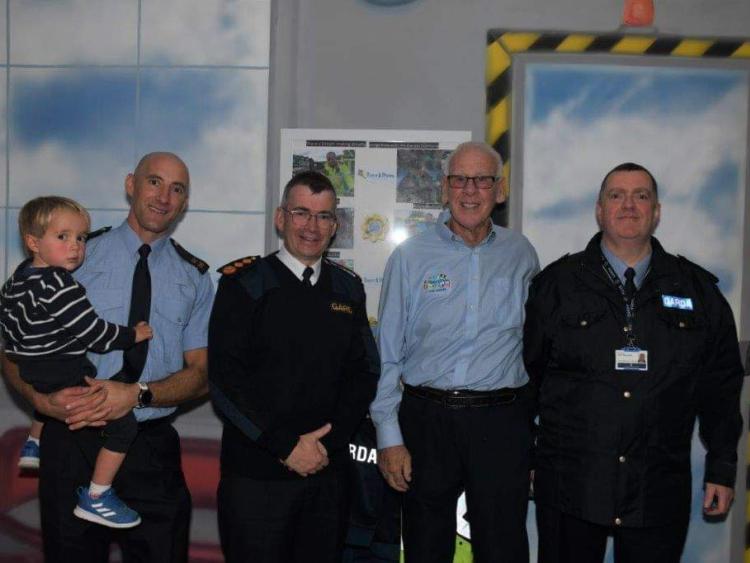 A LOCAL garda’s epic challenge in aid of Share a Dream has taken on a new significance following the tragic passing of its founder.

There is sadness across Limerick following the passing of Shay Kinsella, who founded Share a Dream, from cancer over the weekend.​

The charity has helped the dreams of hundreds of local terminally ill children come true, with special days out, and treats.

Following a break-in at the charity’s premises in Plassey, Kenneth McDonald, a garda training instructor and rowing record holder, pledged to haul a 30kg rowing machine up to the top of Ireland’s tallest mountain before completing a 10km row on its peak.

Despite the tragic news, Ken said, with the family’s blessing, he will still carry out the challenge on Saturday, August 8 – and he has once again appealed for people to support him.​

“My motivation is now at an all time high now. I’m definitely more committed now to doing the best I can. ​Shay was an eternal optimist and a very positive individual.

The last thing he would want for there to be any change of plan. The family are very excited. I was talking to John his son yesterday, and they will still come to Carrantouhill to see us off. It’s given them a lift,” he explained.

Paying tribute to his friend, Ken added: "He was man who was brimming with love for the work he did. He was passionate about it. He loved seeing the joy and the happiness that he
saw in the eyes of the children he helped. He just seemed to be energised by the reaction and the interaction he had with sick children. There was no holding back his joy when the kids were in Share a Dream. Something magical happened for him. He was a special type of person and anyone who came into contact with Shay were better for the interaction."

Ken, who broke a rowing speed record at the Shannon Rowing Club last year, said he was moved to do the challenge after seeing the mini garda station he helped build at the Share a Dream centre in Plassey targetted by thieves.

And in preparation for the main event, he has been training six days a week.