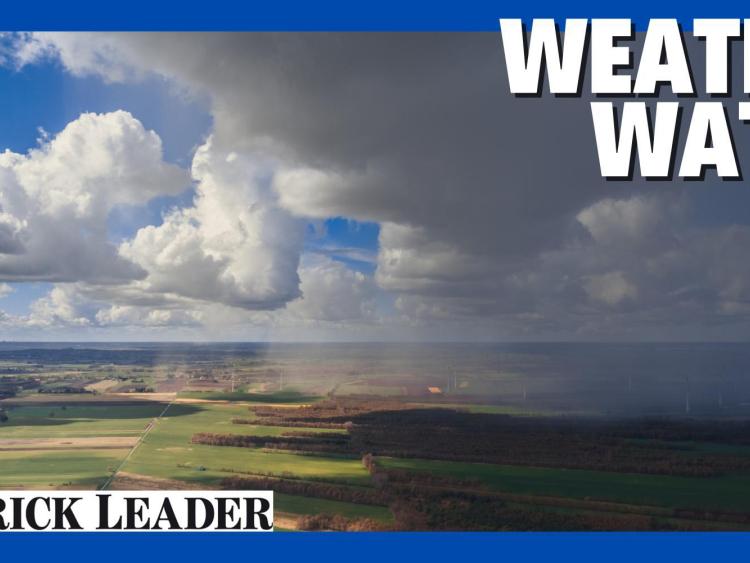 Saturday will bring sunny spells and showers. The showers will be well scattered during the morning, but will become more frequent and occasionally heavy during the afternoon and evening. Highest temperatures of 15 to 19 degrees with light to moderate westerly breezes. For more click here:

NATIONAL OUTLOOK
SUMMARY: Remaining unsettled with further showers and spells of rain. Below average temperatures at first, but increasing later in the week.

SATURDAY NIGHT: Scattered showers will continue on Saturday night, merging into longer spells of rain with some heavy bursts, in the northeast, early in the night. Lowest temperatures of 9 to 11 degrees with light to moderate westerly breezes.

SUNDAY: On Sunday there will be sunny spells and showers in most areas, with showers most widespread in northern areas. It will become cloudy in the southwest during the afternoon however, with rain expected to affect south Munster later in the afternoon and into the evening. Similar temperatures to Saturday with maxima of 15 to 19 degrees, in mostly light west to southwest breezes.

SUNDAY NIGHT: Showers and rain in the northeast and southwest will clear early on Sunday night leaving dry conditions with clear spells. Lowest temperatures of 7 to 10 degrees in light west to northwest breezes.

BANK HOLIDAY MONDAY: Most areas will stay dry on Monday with sunny spells during the morning, but turning increasingly cloudy as the day goes on. There will be a few light showers in northern areas too. Highest temperatures of 15 to 19 degrees with light west to northwest breezes.

MONDAY NIGHT: Dry with clear spells early in the night, but it will become cloudy overnight with rain moving in from the Atlantic to affect the western half of the country. Lowest temperatures of 9 to 11 degrees.

TUESDAY: Tuesday will be a cloudy and wet day, with rain in western areas early in the morning spreading countrywide through the morning and afternoon. Moderate southerly winds in most places, but freshening in the southwest with strong winds near coasts here. Highest temperatures of 16 to 20 degrees.

TUESDAY NIGHT: Rain continuing across the south and east early on Tuesday night, but clearing to showers overnight. Mild with lowest temperatures of 13 to 16 degrees with mostly moderate southwesterly winds.

WEDNESDAY: Wednesday will be brighter with a mix of sunshine and showers and highest temperatures of 17 to 21 degrees.

FURTHER OUTLOOK: Remaining unsettled for the rest of the week with further showers or spells of rain, but becoming milder too.