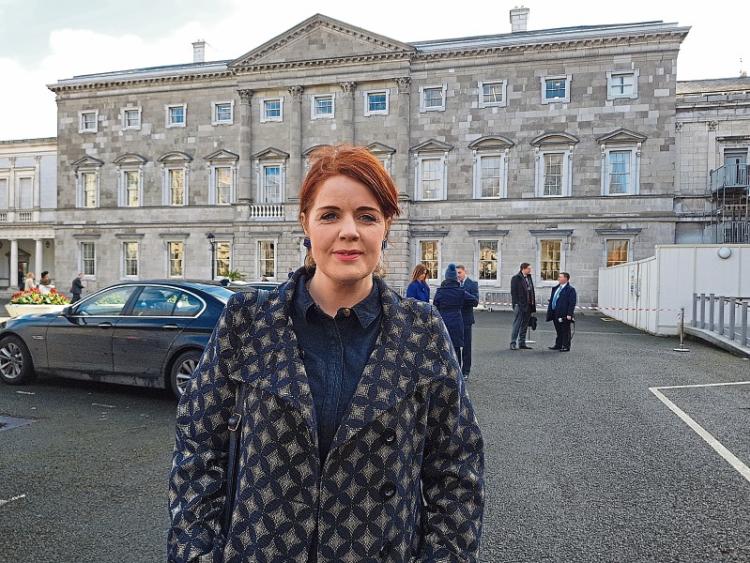 Deputy Neasa Hourigan was elected to Dublin Central for the first time at the 2020 election | PICTURE: MICHAEL COWHEY

LIMERICK-BORN Green Party TD Neasa Hourigan has been stripped of her Dail speaking rights after voting against the government last night.

Ms Hourigan, who was born in the North Circular Road, and is the daughter of former Limerick mayor Michael Hourigan, voted against her own party’s line and in favour of several opposition amendments to legislation extending a rent freeze and eviction ban.

However, the amendments failed, the bill passed, and now only rent freeze and eviction bans will only be in place for those directly impacted by the Covid-19 pandemic.

In a statement this morning, the Green Party confirmed that having met as a parliamentary party, it would “sanction” first-time TD Ms Hourigan and Minister of State Joe O’Brien, who abstained on the vote.

“Both have had their speaking rights removed for two months,” the statement said.

Since the two month ban has kicked in, it means in real terms, Ms Hourigan will only lose two weeks of speaking time in Leinster House, because of the annual summer recess.

Dublin Central TD Ms Hourigan had already resigned the Green Party whip, saying she had “significant concerns” as to the impact of the legislation on homelessnes.