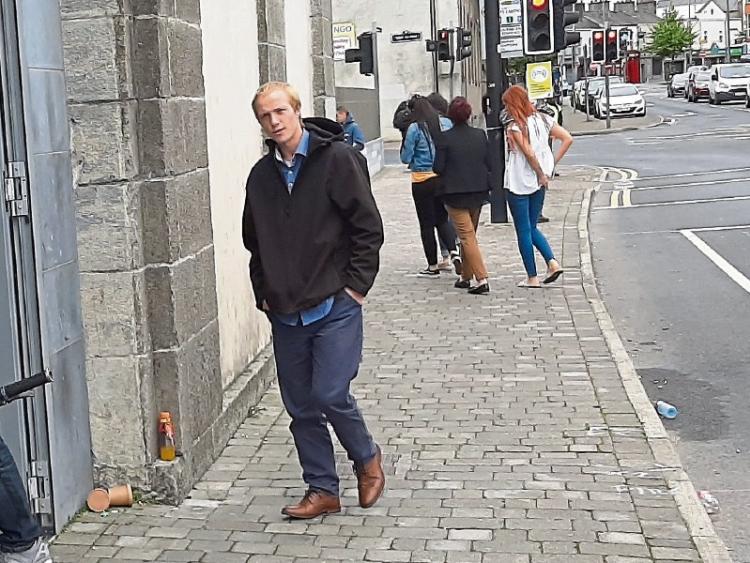 Ronnie Dearman crashed into the back of a VW Passat

The Motor Insurers’ Bureau of Ireland (MIBI) has hailed the work of An Garda Síochána after two brothers were jailed for staging a road traffic collision in order to claim compensation.

The MIBI had worked in conjunction gardaí from the outset after a number of personal injury claims were submitted.

Mr Markham has admitted trying to induce the MIBI to pay a settlement arising from the accident while Mr Dearman has admitted aiding his co-accused.

Sergeant Adrian Egan said Les Markham was the front-seat passenger in a blue Volkswagen Passat which was struck “with some force” from behind by a Honda Civic.

While the driver of the Civic fled the scene and was not present when gardai arrived shortly after 8pm, DNA recovered from the airbag matched that of Mr Dearman, who is also known as Ronnie Markham.

Les Markham admitted he had orchestrated the collision and had instructed his brother to rear-end the Passat. He also admitted buying the Honda Civic on Done Deal earlier in the day and giving the keys to Mr Dearman.

Mr Markham told gardai he “did not intend to get rich” and that none of the other occupants of the Passat were aware of the plan.

Imposing sentence, Judge Tom O’Donnell said he was sending out a “crystal clear” message that insurance fraud will not be tolerated.

He said motorists are “hard pressed enough” without the without the two defendants attempting to “rip off the system”.

MIBI Chief Executive, David Fitzgerald has welcomed the judgment and the message it sends out.

“This is a tremendous result and testament to the fantastic work undertaken by the garda team working on this case. From the time this case was first reported, the gardaí have mounted a thorough and detailed investigation and it was thanks to their efforts that this result was achieved,” he said.

“Convictions like this highlight what awaits those who attempt to get away with fraud and we hope these sentences will act as a deterrent for anyone reckless enough to consider committing fraudulent activity in the future,” he added.