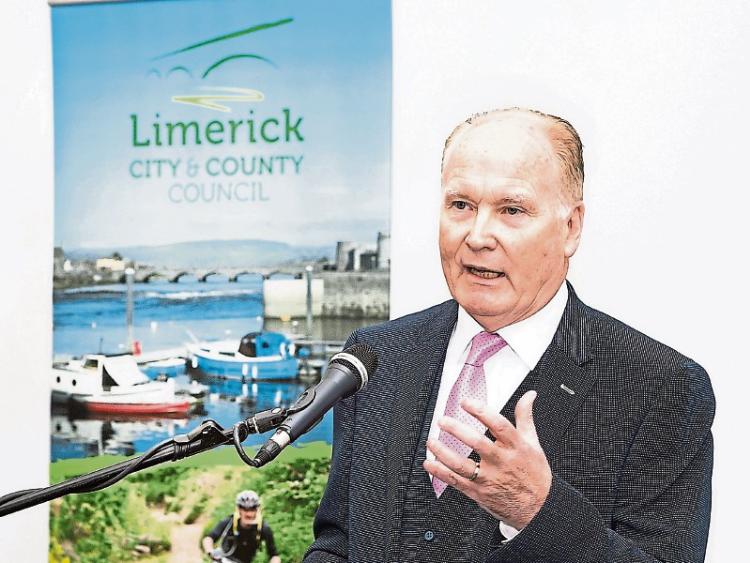 IT’S still the aim for Limerick to have its first directly elected mayor in place by next summer, says the incumbent first citizen.

This week, councillors were briefed on plans for the executive mayor, which a majority of Limerick people voted for in a plebiscite last summer.

And mayor Michael Collins, who sits as a member of the implementation group for the plan, insisted: “This is going to happen, it’s the will of the people.”

The Fianna Fail councillor is staring down the barrel of being ‘first and last’: last month, he became the first Limerick mayor from Killeedy, near Newcastle West, and he now looks set to be the last first citizen to be elected by his peers.

In an ironic twist, the implementation group is chaired by another Killeedy man, top diplomat Dr Tim O’Connor.

“We speak affectionately about Kileedy at most meetings, and at our last meeting during the week just gone, Dr Tim congratulated me, and he said it must be the Killeedy air having the qualities to achieve high office,” he said.

”It’s an exciting time for Limerick. We’ve been working very hard, with monthly meetings, plus the new minister, Darragh O’Brien. It’s on his table, he wants it dealt with,” he said.

At present, the implementation group is putting together a working document, and this is expected to be presented to councillors in October or November next.

“We’ve a lot of work done on it. It will be a working document. I think it’s going to be very exciting for Limerick to have a directly elected mayor. It won’t affect the functioning of the councillors as we currently see. It’s going to happen. So it’s better off to work with it to try and get the best possible deal for Limerick. We’ve been given a blank sheet of paper by the government to come up with what is best for Limerick,” Mayor Collins said.

The first executive mayor will serve a partial term – if all goes to plan, from 2021 to the next local election in 2024.

After that, it will become a five year term.

The mayor will effectively be the 41st elected member of the council chamber.

It is as yet unclear whether council members will still elect a deputy mayor.