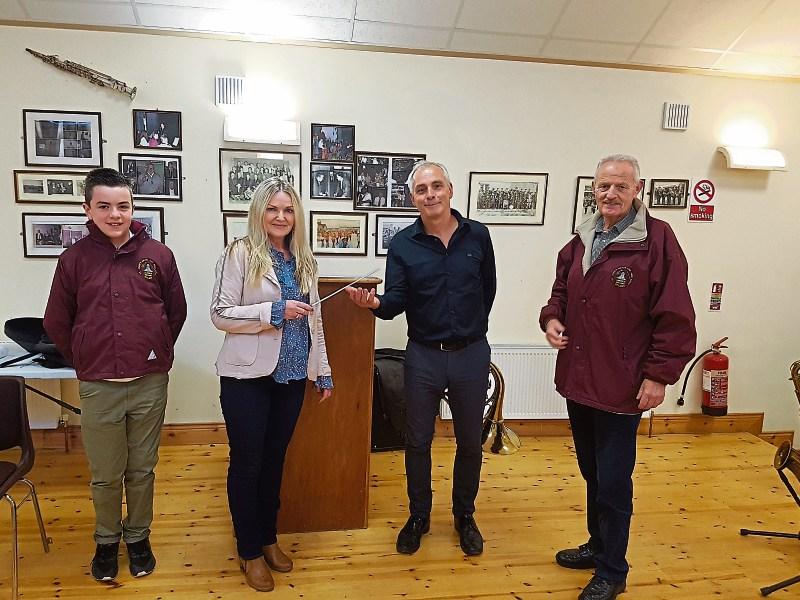 THEY have been entertaining the people of Limerick for over 150 years and now St John’s Brass and Reed Band are turning a new and exciting leaf in an effort ensure its proud traditions live on.

The band formed in 1865 and has a rich tradition of introducing music into the lives of thousands of people, while playing a significant role in the cultural development in Limerick since its formation.

The band has undergone massive changes over the past few months.

They have has appointed Jonathan Luxton as their new Musical Director.

Mr Luxton is a renowned international musician having been trained by the Royal Academy of Music in London and has spent the past three decades plying his trade in Portugal.

Speaking on his appointment and his plans for the band Mr Luxton said: “I am delighted to take over this role, I want to provide opportunities for children in our communities to come and play music.

“We have a new initiative called ‘First Steps in Music’ which we hope to roll out in September with the help of the people of Limerick.”

There is on-going band practice in their band hall in Garryowen where you can join, regardless of skill level.

Band chairperson Tony Mc Carthy declared himself ‘absolutely thrilled’ at the prospect of the programme but is issuing a request to the people of Limerick.

“We have a serious opportunity here with Jonathon, he is a really talented teacher but we need to do some fundraising for musical equipment to help fulfil our dream. We need to raise around €8,000 to purchase trombones, clarinets and a tuba,” he explained.

They are appealing to the people of Limerick to donate to the band via its Gofundme page which can be found online.

“Our new vision for the band is a serious attempt to bring music right into the heart of the community, somewhere we know there is young talent and we are really looking forward to making our dreams a reality” Mr McCarthy said.

He outlined other ways the people of Limerick can help out with the band's ambitious plans.

“We want to give young people from all backgrounds an opportunity to play brass and reed instruments.

The musicians are also accepting donations of old instruments that are gathering dust in people's homes.

“We would put them to really good use. We are hoping that once again, with the help of Limerick people, that we can get back to travelling the world representing our community and our city.” He concluded.

If you wish to attend band practices or to donate instruments the band hall's address is: 2 Garryowen Road, Limerick, Co. Limerick [V94 YW26].