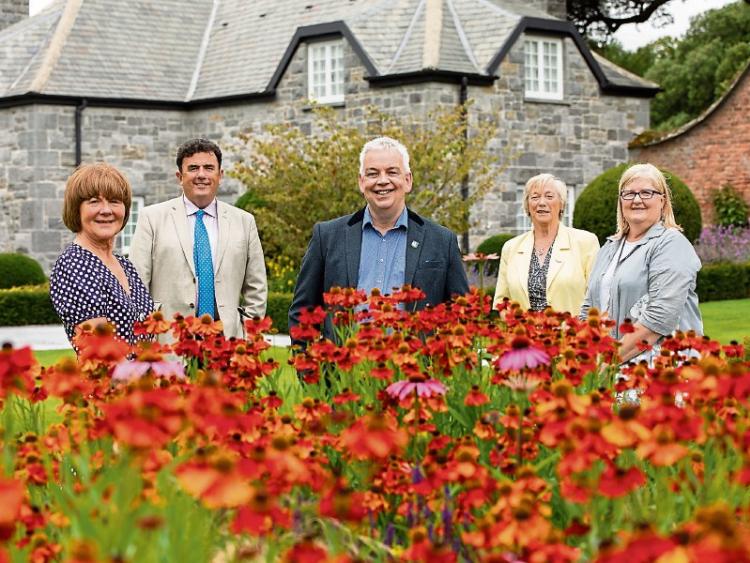 WITH the catchy title of ‘Robin me flies” and a stunning photo of a hard working bird with a mouthful of insects, it was no surprise that Aidan Ryan’s, photo was chosen as winner of a major photo competition organised by Team Limerick Clean-Up and recognised by the United Nations.

The #BiodiversityTLC competition attracted 600 “wonderful images” and videos with Mr Ryan’s photo of a hard working Robin with a mouthful of flies winning out.

The winners were presented with their awards at a luncheon in the Carriage House in Adare Manor last week.

The Judges included former An Taisce president and environmentalist Éanna Ní Lamhna who praised the participants for showing “patience in order to catch the exact moment to press the shutter and capture that shot.”.

She was joined by Des Cahill of RTE, hockey hero and Limerick Person of the Year, Róisín Upton and All-Ireland hurling winning captain Declan Hannon, who all turned up to congratulate the winners.

Also present were former Lions, Irish and Munster rugby star Paul O’Connell and Helen O’Donnell of Limerick Tidy Towns, who along with JP McManus conceived the idea of the Team Limerick Clean-Up, some years back, and Paul Foley, TLC project manager, who said that they all hoped everyone would be able to get back out next year and clean up Limerick.

Also in the winning enclosure was Estelle O’Driscoll from Glin who captured a stunning photo of a black backed gull about to gobble a shore crab, near her home. Next came Cathal Mullanne, from Ashbrook, Ennis Road; Joe (9) and Julia Roche (5) from Murroe; Ber McElligott, Crossagalla and John Hardiman from Castleconnell, all received prizes for their entries.

While he was not present JP McManus did send a message of congratulations in a brochure printed for the event. “In these most challenging times, it was lovely to see nature depicted in all its beauty and to capture the ecology of the beautiful City and county of Limerick. The hundreds of photos certainly helped to lift people’s spirits and stir the imagination,” he stated.

He also noted that the competition was recognised by the United Nations Environment Secretariat in Montreal, “who in a lovely message acknowledged Team Limerick Clean-Ups support for biodiversity.”