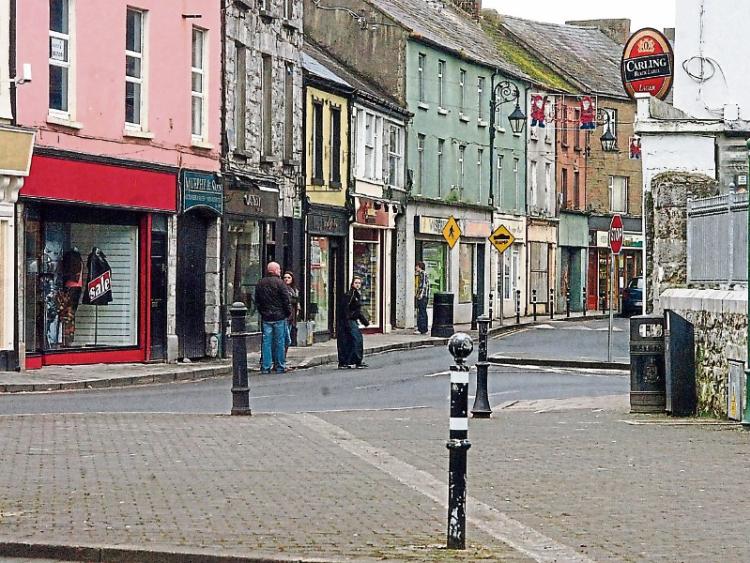 ONE of Newcastle West’s most popular shopping streets could be in line for pedestrianisation on some weekends.

Mayor Michael Collins has held talks with council bosses on a proposal to close Maiden Street to vehicle traffic on a trial basis.

If all goes well, it could be put in place by next month.

“It’s a lovely little street, it’s very conducive to shops, arts and crafts, cafes, that kind of thing. Maybe in time, we could roof it, so it could become a nice all-weather space. I’ve been saying this to management and the traders in Newcastle West, and they are very open to it,” he told the Limerick Leader.

He acknowledged any pedestrianisation might create challenges around the movement of traffic in the town.

“But that can be overcome too. We really need to open up our city centre to make it more accessible to the general public,” the mayor added.

One of the traders in Maiden Street, publican Gearoid Whelan, Whelan’s Bar, said he’d be “delighted” to see it happen.

“It would be great for trade and great for the businesses on the street. It’d be good for the town to have a pedestrianised area. We’ve a lot of Shop Street-type stores – beauty parlours, pubs, barbers and clothes shops,” he said.

“Any place which is pedestrianised brings a bit of atmosphere to it, from Grafton Street to Shop Street to Cruises Street in the city centre. They work,” he added.

The reaction comes in contrast to that in the city, which has seen widespread trader opposition to proposals to pedestrianise a small parcel of Catherine Street on a temporary basis.

Elsewhere, Mayor Collins says he wants to see The Square become a public space where people can congregate, eat and drink, and enjoy music festivals.

“It’s a natural amphitheatre,” he added, “There is a European feel to the town. The public realm plan we are doing for Newcastle West is going to be exciting for both me as a public representative, but also for the town, for the people in the town, and the people who come into town.”