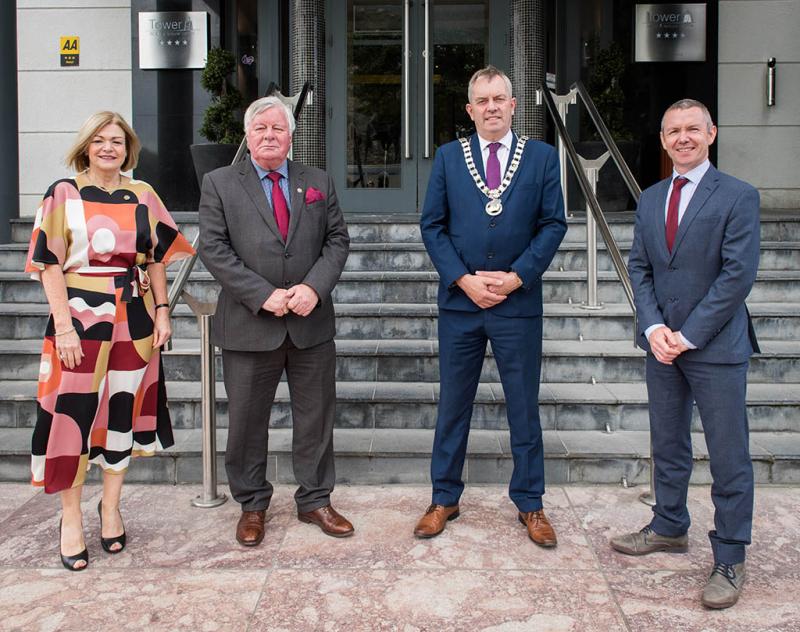 Cllr. John Sheahan of Limerick City & County Council has been elected Cathaoirleach of the Southern Regional Assembly for 2020-21 at its annual meeting.

Representing Limerick City & County Council on the Southern Regional Assembly since 2014, Cllr. Sheahan was first elected to the Council in 2004, representing the Newcastle West municipal district. He is a member of Fine Gael. Cllr. Sheahan works in the insurance and financial services sector and lives with his wife Mary and their two children in Glin.

On his election, Cllr. Sheahan said, “I am looking forward to my term as Cathaoirleach of the Southern Regional Assembly, and particularly the continued work on the Regional Spatial and Economic Strategies for the Southern Region and the new EU funding period”.

The Assembly’s roles include, managing and monitoring EU programmes, participating in EU-funded projects, co-ordinating and supporting the strategic planning and sustainable development of the region through preparing and implementing the Regional Spatial & Economic Strategy (RSES), and promoting effective local government and public services.

The Southern Region comprises ten local authorities. Thirty-three Councillors are appointed to the Assembly for a 5-year term; 27 are nominated from their constituent local authorities and 6 appointed by virtue of their role as a member of the Committee of the Regions.