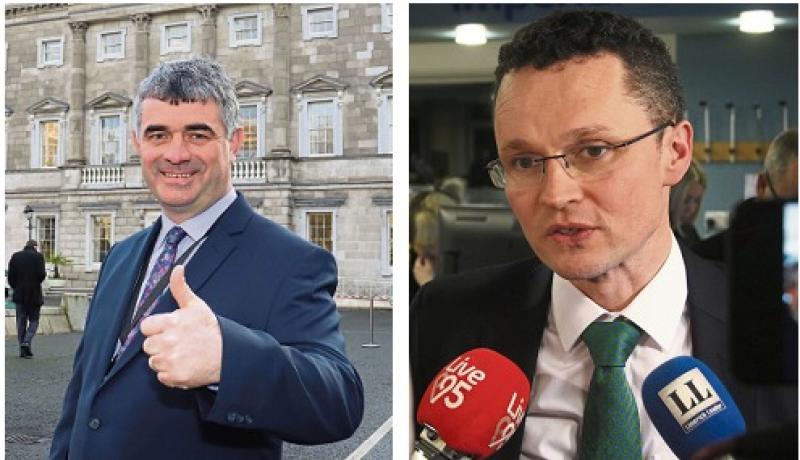 A WAR of words has broken out between two Limerick TDs over speaking rights in the Dáil.

Deputy Richard O'Donoghue issued a statement to the Leader saying Minister Patrick O’Donovan “in his capacity in the Business Committee is actively trying to stop my speaking rights”.

In response, Minister O’Donovan described it as a “bizarre statement” and “nobody should be afraid of proportionality – it is called democracy and is what our State is founded on.”

Deputy O’Donoghue said he was “very disappointed” with the newly appointed Minister for Public Works as he feels that “the more voices that we have for Limerick is to the benefit of Limerick”.

“Limerick’s voice had been lost due to the adherence to party lines and whips over the past number of years. If TDs put aside their party politics and work as a team more can be achieved for Limerick. Having ministers doing solo runs does not win games only creates divides.

“Speaking rights in the Dáil gives an independent view and gives a voice to people that cannot be heard under their party whip. Many projects have fallen in Limerick due to people trying to take credit for projects,” declared Deputy O’Donoghue.

Having worked as a councillor in the Adare Rathkeale district, the Independent TD said that he could not talk highly enough of the councillors and their ability to work together regardless of their party.

“The TDs that represent Limerick could learn from their councillors and look at what can be achieved if they work together,” said Deputy O’Donoghue.

In reply, Minister O’Donovan said: “First of all, Deputy O’Donoghue needs to establish the correct facts. I’m not on the Business committee of the Oireachtas and have never been.”

For those unfamiliar with the workings of the Dáil, he said that the Business committee comprises of Government and opposition members to decide what business comes before the Dáil each week.

“Deputy O’Donoghue is represented on that committee as I am as a FG TD, but I don't sit on it. The issue he may be referring to is Fine Gael TDs not being provided adequate speaking time in the Dáil to voice the concerns of their constituents. The speaking time is currently monopolised by small groups including a group which I only recently became aware of called ‘Independent Independents’.

“What I have been advocating for recently is a redistribution of speaking time in the Dáil based on the size of parties and representative groups. Nobody should be afraid of proportionality – it is called democracy and is what our State is founded on,” said Minister O’Donovan.