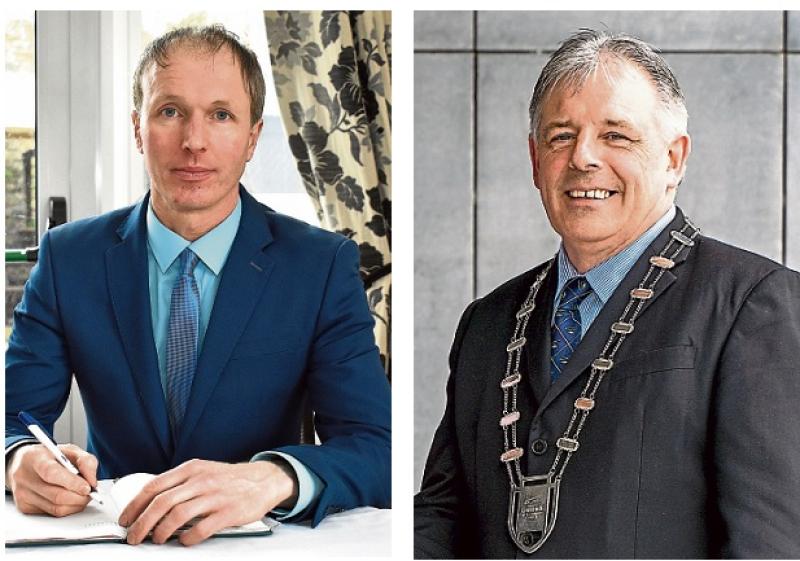 IT was the last meeting of the Cappamore-Kilmallock municipal district before the August break but there was no relaxed holiday mood in the room.

The meeting began with Cllr Mike Donegan taking issue with a statement Cllr PJ Carey had sent to the Vale Star regarding the election of cathaoirleach and leas cathaoirleach.

Cllr Donegan took particular offence to the word “cronyism” which was used by Cllr Carey.

In last month’s meeting, Cllr Carey called for fellow Independent councillor, Brigid Teefy, to be cathaoirleach during one of the remaining four years.

Due to the Fine Gael and Fianna Fail pact they share it every other year. Last month, Fine Gael’s John Egan took over from Fianna Fail’s Cllr Donegan as cathaoirleach.

“There is a perception out there of cronyism - dividing up the positions. I accept it but there is collateral damage. Brigid has been an excellent councillor year in, year out and topped the poll. I think for democracy, decency and fairness give her one of the five years as cathaoirleach to Brigid. I think she deserves it,” said Cllr Carey at the June meeting.

“It was very disappointing to read in the Vale Star about a ‘cronyism’ agreement. In my 11 years in the council we have always worked together. We have had our arguments but to see that end up in the Vale Star. I am asking Cllr Carey to retract those statements or the gloves will be off,” said Cllr Donegan.

In response, Cllr Carey said: “I defend what I said. I stand by what I said at the school”. Last month’s meeting was held in the hall of Coláiste Iósaef.

Cllr Teefy said she had not seen the Vale Star but people do ask her how the cathaoirleach is elected.

“They don’t realise there is an agreement and it is pre-ordained for five years. It used not be the way,” said Cllr Teefy.

Cllr Egan said there was always agreements made in relation to the election of the cathaoirleach.

“I read a lot of council history while I was sick. There is a pact between Fianna Fail and Fine Gael,” said Cllr Egan.

“I was elected to represent the people of Cappamore-Kilmallock. I object strongly to being accused of cronyism. It is a political arrangement,” said Cllr Martin Ryan.

In agreeing, Cllr Egan said it is a “political agreement”.

But Cllr Carey said it is a “form of cronyism”.

Cllr Eddie Ryan said he was part of the agreement when he was with Fianna Fail. He is now an Independent.

“It is absolutely nothing personal against Brigid. If we had four Independents we would have the majority,” said Cllr Eddie Ryan. Currently there are two Fianna Fail, two Fine Gael and three Independent in Cappamore-Kilmallock.

Cllr Carey said there was no guarantee he would vote for another Independent to be cathaoirleach if they had the majority. He pointed to Cllr Emmett O’Brien being leas cathaoirleach in Adare-Rathkeale.

Cllr Donegan called on Cllr Carey to retract the statement.

“Write back to the Vale Star and withdraw it, otherwise we are going to have a miserable four years. It is an open, democratic process,” said Cllr Donegan.

Cllr Carey said there is a “perception of cronyism”.

Cllr Martin Ryan asked Cllr Carey what he had done to further the case of Cllr Teefy to be elected.

“I wanted to nominate Brigid but there was no point. I was on a hiding to nothing,” said Cllr Carey.

“There is no point complaining about something you did nothing about,” said Cllr Martin Ryan. The meeting then returned to the agenda.

At the very end, Cathaoirlach Egan referred back to the heated debate.

“It’s all politics. It is the cut and thrust of what we do. Get over it,” said Cllr Egan.