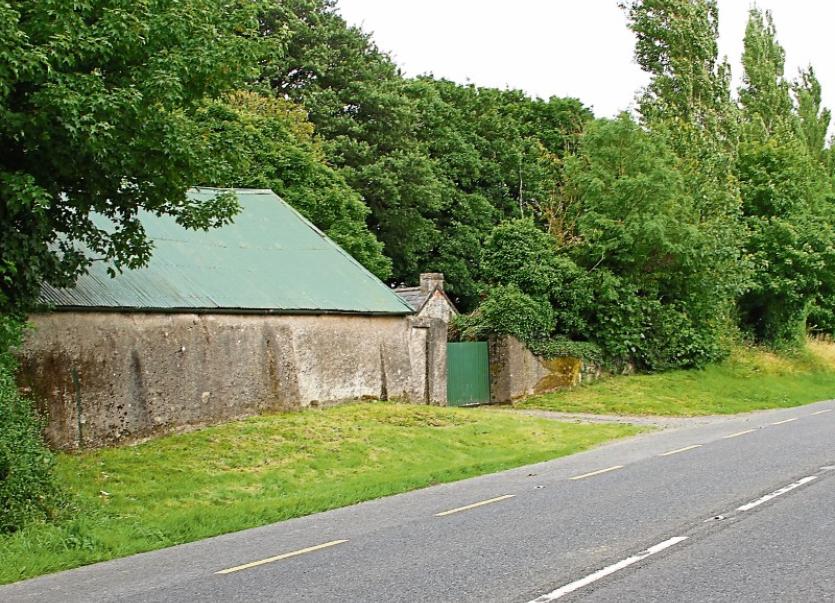 ON July 30, 1920, at Shanaclough, Oola, an ambush took place in which two English soldiers were killed and a number, including Brigadier General Cuthbert Lucas, were injured.

On June 26, 1920, the I.R.A. had scored something of a propaganda victory when it captured General Lucas whilst on a fishing holiday with fellow officers at Castletownroche. The two officers escaped but General Lucas was captured. The I.R.A. also took possession of his car, another prize as they did not have a plentiful supply of transport.

The prisoner was brought to Limerick, his captors appear to have been led by Sean Moylan. He was moved between a series of safe houses spending not more than a few days in each house. Unknown to his captors, he kept a secret diary detailing each day’s events. He was very well treated including being supplied with copious amounts of whiskey on a daily basis.

One wonders why his captors didn’t just shoot him? After all he was the “old enemy”. Apparently, they actually liked him. However, The Times was able to report that General Lucas had managed to remove the bars from the window of his room and escape.

He made his way in torrential rain through fields and hedges eventually reaching the safety of Pallasgreen R.I.C. barracks.

It was decided that he would be given a lift on the military mail lorry from Limerick to Limerick Junction. On July 30, 1920, wearing civilian clothes and a soft hat General Lucas boarded a crossley tender manned by members of the 43rd Light Infantry, the soldiers being greatly surprised when they learned the identify of their passenger.

About a quarter of a mile on the Tipperary side of Oola at Hewitt’s gate their progress was arrested by a barricade of carts, ladders and a fallen tree. As the lorry pulled up a volley was fired by about fifty men - members of the West Tipperary brigade, who had been waiting in ambush. The fighting continued for about half an hour, during which two soldiers were shot dead and three more wounded. General Lucas was also wounded during the ambush.

Whilst the fighting was in progress a second military lorry arrived followed by six armed policemen from Oola. The ambushing party hastily retreated across Hewitt’s and Darmody’s fields at the other side. The dead and wounded were taken away in lorries and General Lucas on receiving treatment for his wounds boarded a train at Limerick Junction, the first leg of his journey back to England.

It was first thought that the ambush had been staged to capture General Lucas but it emerged afterwards that the attacking party were not aware he was on board. The plan was to secure the military mails, which would reveal valuable information.

It is interesting to note that John Lynch, Cappamore, had witnessed the entire incident and on July 31, 1920, The Times printed the following graphic account.

“I was coming to Tipperary this morning with a cartload of timber in company with my brother Tom. It was about half past nine in the morning when about a quarter of a mile on the Tipperary side of Oola we heard shots. A short distance further on the wife of a farmer, named David O’Donnell, ran out in a very excited state onto the road and putting her hands up shouted to us not to go any further, ‘There was a raid up near Hewitt’s gate.’

“We proceeded on our way however and about 30 yards further on an officer warned us to stop. We left the horse and cart in the middle of the road and hid behind a hedge. Looking through the hedge we saw that about a dozen soldiers had got down from the lorry and were replying with their rifles to shots which were coming from both sides of the road. From behind a shed with a corrugated iron roof a heavy and continuous fusilade was directed at the soldiers.”

When the ambush was over two soldiers lay dead in the middle of the road. The two men killed in the Shanaclough ambush were Lance Corporal G.B. Parker and Private Daniel Verey Bayliss. The injured included Privates Snelling, Cornwall and Steen.

Back in England General Lucas gave an account of his activities whilst in captivity. He uttered the immortal line, “I was treated as a gentleman by gentlemen.”