Then and Now: Rain, rain go away - Tom Aherne 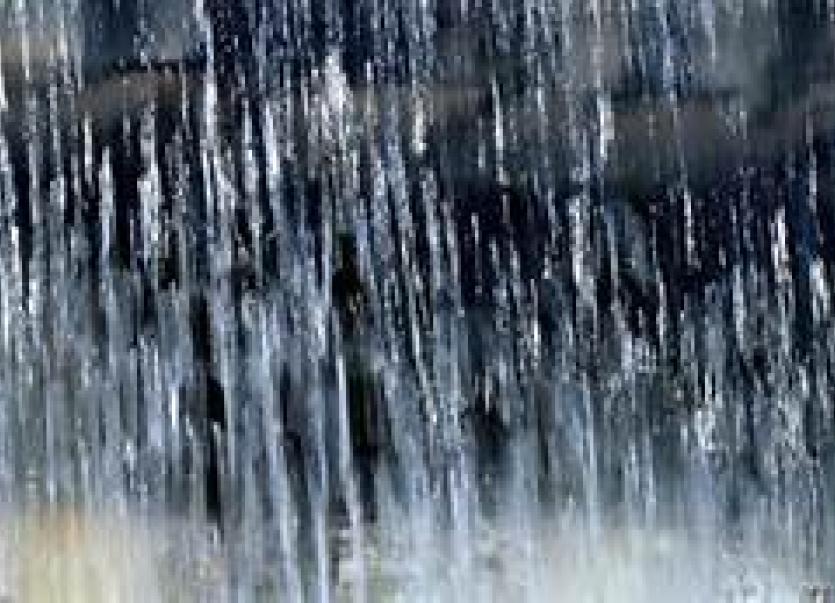 WEATHER FORECASTING is a popular topic of conversation, among all sections of people at present. ‘’Everybody talks about the weather, but nobody does anything about it,’’ is a witticism attributed to the American writer Mark Twain. The Irish people certainly talk about the weather a lot, and it is a great way to open a conversation with a stranger.

This is not surprising as we have such a changeable climate. It has often been said that in Ireland one can experience, the four seasons in one day, and the sunny south east, fares far better that we do in the rainy mid west.

The months have flown by despite the Covid-19 pandemic, and we are still waiting for our summer weather, in the fourth week of July. We had wonderful warm sunny weather in April, and May, but the rest of the time ( seven weeks) has been disappointing. Early in the year a number of weather forecasters, had predicted a good year. We were inclined to believe them, especially after the rain stopped around St Patrick's Day. Instead it has been wet, dull and overcast with low temperatures, and little sunshine, apart from odd days spread over that time.

Weather affects our lives in many different ways –the type of houses we build, the clothes we wear, the sports we play, the pastimes we pursue, during our recreation time, and so on. There can be no doubt, that the weather, is part of what we are. Scientific evidence shows that the profusion of red hair, and freckles, in the Irish people results from our sun-starved climate.

Weather forecasting has improved a lot in recent years, with the use of satellites, and better technology. The accuracy levels have been moved out to about ten days at present, but long-term forecasting is still very uncertain. Into this void comes the amateur forecaster, who use different ways to Met Eireann, to predict future weather patterns.

In times past every townland and village had a person known to be good at reading the weather. The farming and fishing communities in particular depended on this person’s advice. When hay had to be cut, or saved, and fishing boats, to be launched this person was consulted and their views, given serious consideration.

The many weather forecasters may be leading the way at present, but it would be foolish to forget or dismiss the old weather lore, of our forefathers. They relied on signs from animals, birds, plants, the sea, sky, and their environment to predict the elements. A lot of the work was done mainly by hand at the time, so it was very important to get all the weather predictions right, to avoid unnecessary work, on land and sea.

The fishing community observed the following signs: If there is good visibility at sea, and places appear to be nearer, bad weather is coming. The bad weather is also coming if the seals come into the strand. When there are rain clouds in the sky the lonesome cry of the curlew can be heard. Legs (rays) from the sun in the morning is a portent of windy weather, and legs from the sun in the evening is a sign of calm weather. Clouds like woolly fleeces, guaranteed continued fine weather.

Animal’s birds and insects are more intelligent than people when it comes to reading the weather signs. We can all learn a lot from observing them, going about their business. When a herd of cows lie down together in the middle of a field and are reluctant to rise rain is due. When a dog eats grass, bad weather is also coming. When midges gather in large numbers, rain is also on the way.

When a robin sits on the highest branch, the day will be fine, and when flies gather on the water of a well, good weather is coming. If swallows fly high, it is a sign of good weather, as they can catch the high-flying insects. When the air is humid just before rainfall, insects stay near the ground and swallows can be seen swooping low to devour them.

The cry of the snipe will bring frost at night. If spiders weave their webs, in the shelter of doorways, and windowsills, expect bad weather. If they spin their web, on the tops of bushes, in the early spring, good weather is due. Spiders gathering in the crannies of walls, was a sign of hot sweltering days to come.

A number of verses have been written about the weather lore, and I include the following.

A swarm of bees in May is worth a load of hay,

But a swarm in July is not worth a fly.

People are spoilt for choice at present with so many different weather forecasts available to them. They are based on science and studies of the atmosphere, by professional experts. People are inclined to dismiss the traditional amateur forecaster, as a result. Ken Ring, from New Zealand, and Michael Gallagher, the Donegal postman, continue to have their followers.

Old Moore’s Almanac predicted a disappointing month of July for some, depending where in the country you are. East and South see the best of the sunshine and mixed elsewhere. They predict the following for August: An improvement on July, and better in the second half of the month.

The weather can play an important part in people’s moods, which can swing high and low, but it is important to get out of the house and enjoy what the sky delivers. The old saying comes to mind as follows: "There is no such thing as bad weather, only bad clothing".