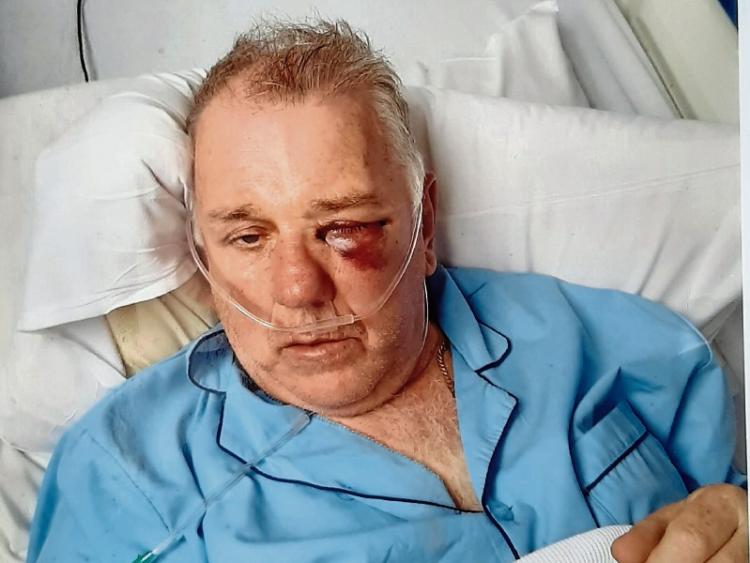 TWO men who kicked and punched a bus driver during a violent incident at a fast food restaurant in the city centre have each been jailed for two and-a-half years.

Customers and staff at McDonald’s, Cruises Street were forced to retreat behind the counter after a brawl broke out at around 7pm on June 20, 2016.

Tom Moloney, 66, had a metal plate inserted after he sustained a fracture to his cheek bone, bruising and a laceration over his right eye. He also sustained soft tissue damage to his right knee after he was attacked.

Three people –  Sarah O'Donnell, 31, of Lenihan Avenue, Prospect; James Kelly, 33, of no fixed abode and Desmond Hughes, 27, who has an address at McGarry House, Alphonsus Street – previously pleaded guilty to charges relating to the incident.

During the altercation, which was captured on CCTV, Sabrina Moloney was knocked to the ground and chased up the stairs to an overflow seating area by Ms O’Donnell who was weilding a mop handle.

After Mr Moloney arrived to assist his daughter, he was he was attacked by James Kelly who struck him in the nose and mouth. He was struck again after he was knocked to the ground and the assault continued outside the main door of the restaurant. Mr Hughes also struck the bus driver on a number of occasions.

In a victim impact statement, Mr Moloney said he thought he was going to die and that he now avoids going into the city centre as much as possible as he no longer feels safe.

While his daughter also sustained injuries, they were not serious and she did not require treatment in hospital.

Imposing sentence, Judge Tom O’Donnell said CCTV footage of the incident was “graphic and frightening” and he said the infliction of permanent injuries was an aggravating factor.

He accepted the defendants were remorseful and that their guilty pleas had saved a lot of garda and court time.

Mr Kelly and Mr Hughes were each sentenced to four years’ imprisonment with the final 18 months suspended.

Ms O’Donnell, who was not charged with assaulting Mr Moloney, received a three-year prison sentence which was suspended in full.

Speaking afterwards, Mr Moloney said he was “satisfied” with the sentence imposed by he court.