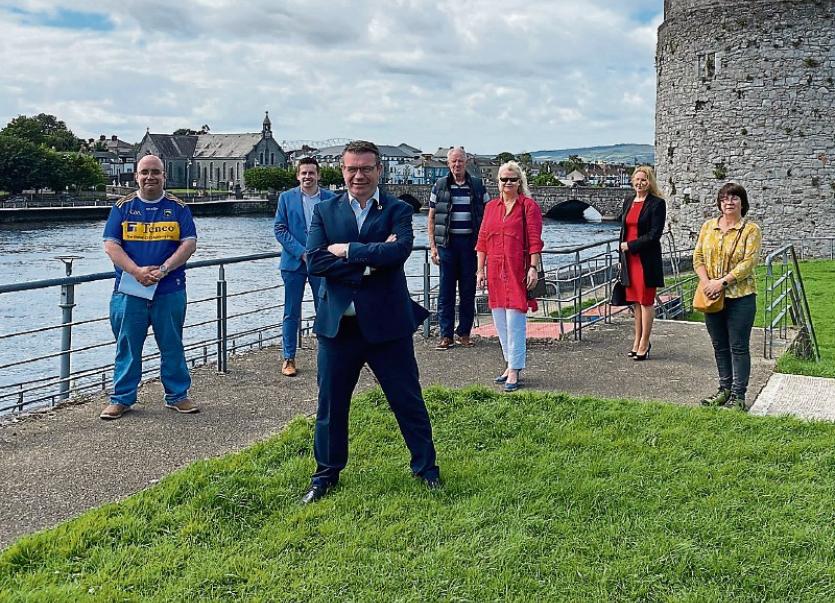 LABOUR leader Alan Kelly has pledged to “dig into the finances of the Shannon group” in a way he’s never done before.

It comes after he met workers at King John’s Castle on a visit to Limerick.

Some 150 full-time and seasonal workers are facing redundancy at the end of August, after the operators of Limerick’s prime tourist attraction decided to close the site for winter due to what they say is a lack of tourists coming from the USA due to Covid-19.

The move has led to calls for the Shannon Group to be stripped of the responsibility of running both King John’s and Bunratty Castle.

“I think these workers have been treated despicably. These workers aren’t paid a lot. They do an incredible job, and this needs to be resolved.”

“​I’m going to dig into the finances of the Shannon Group to a level where I have never done before. I'm going to ask an inordinate amount of questions, because it seems like the workers are the last afterthought. We all know about Covid-19, but this goes beyond it,” he told the Limerick Leader, “The idea so many of the various different assets are being closed at the end of August, yet the government is taking out two-page ads telling us all to to stay-cate in Ireland is a farce, it's a complete contradiction.”

While Limerick and the mid-west did not get any Cabinet ministers in the new administration, Co Limerick Fine Gael deputy Patrick O’Donovan was given one of the highest profile junior posts – that of managing the Office of Public Works (OPW)

Mr Kelly feels if King John’s Castle was taken over either by the OPW or council, it might spell a brighter future for staff.

“They cannot continue to be treated from season to season like this. We need to look at the whole Shannon Group, the way in which it's being managed. There are so many questions. I think Patrick O'Donovan needs to look at where the future of Shannon Heritage is going, and for me, that is with the OPW and the councils. At least then, they’d be able to plan, use economies across so many different sites. They would be able to be consistent in their approach to marketing and product development,” he added.