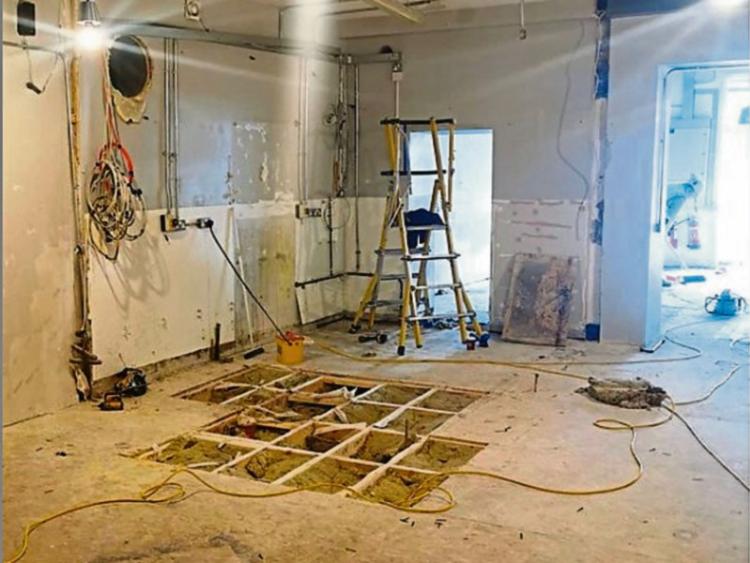 LIMERICK’s growing craft beer scene is set to get a further boost, with a new microbrewery opening at the old Fire Station.

The landmark building in Thomas Street is set to be re-purposed and become home to Crew Brewing, which plans to open by the autumn.

Jono Crute, a director of the firm and a master brewer said a unique experience will be on offer, with both a pub experience and tours of the brewery.

He said: “We have a full seven day pub licence so unlike a lot of other breweries in Ireland who are only able to offer tours we are able to fully open our doors to visit as a normal pub and are able to sell both our own beer as well as beer, cider and spirits from other producers.”

He promised a rotating selection of both Irish and global independent beer both on draught and in bottle.

It’s own beer will be produced in a brewery to the rear of the pub, which will be served direct from serving tanks behind the bar.

“The bar offering will naturally be beer focused as we are beer lovers with an ever rotating selection of the best in Irish and global independent beer on draught and in bottle and can format alongside our own beer, produced on site in a highly visible brewery at the back of the pub, which will be served direct from serving tanks behind the bar."

Jono and co-founder Gareth Cash, have been aiming to open a business like this for over a decade.

“We embarked on a road trip to Dublin, Cork, Limerick and Galway to decide where we'd like to live and open the business and fell in love with Limerick almost immediately. We moved down here then in January of last year, found the premises in June of last year and have been working on planning permission, licence requirements, grant applications and fundraising ever since,” he explained.

The Covid-19 lockdown has delayed their progress – but it’s hoped the premises will open at the end of August.

Crew will join two other craft beer pubs in that part of the city.

The Wickham Tap is located in Wickham Street and Mother Mac’s is near the Milk Market in High Street.