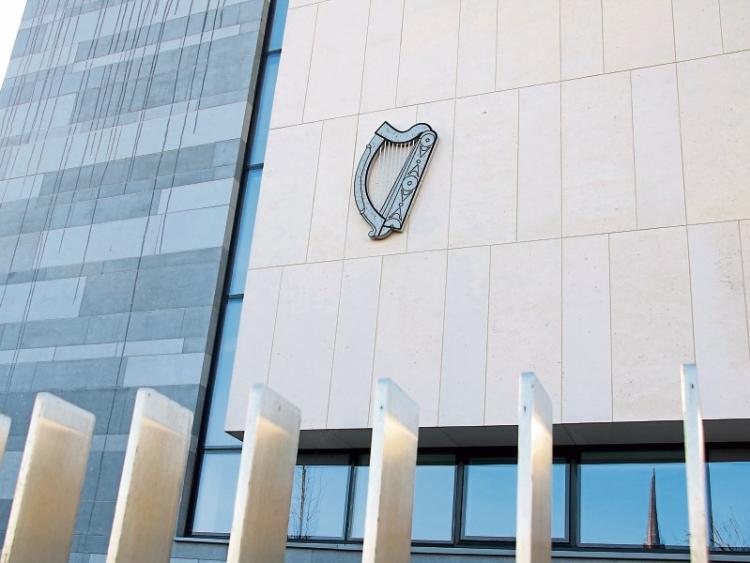 A SIGNIFICANT quantity of cannabis was seized when gardai searched a car which was parked on the main street of a Limerick village.

Ten separate packs of the drug, worth an estimated €54,824, were found in a black plastic bag which was located on the passenger seat of the vehicle.

Alan Callinan, 40, of Mohane, Bruff, has pleaded guilty to possession of the cannabis resin at Main Street, Hospital, on February 7, 2018, for the purpose of sale or supply.

During a sentencing hearing, Sergeant David McGrath said the defendant was the sole occupant of the car and that he was “very cooperative” with gardai when they approached the vehicle.

The drugs, he said, were wrapped in individual slabs which are known in the drugs trade as “nine-ounce bars”,

When questioned, Mr Callinan told gardai he had collected the drugs from another person earlier in the evening and that he was “waiting for instructions” when arrested.

“The drugs were put into the car near the village, he was told it was cannabis. He was waiting for a phone call as to where and when to deliver the drugs,” said Sgt McGrath.

Judge Tom O’Donnell was told the defendant owed a debt of between €35,000 and €40,000 and that he admitted carrying out two other deliveries in the weeks preceding his arrest.

Michael Collins SC said his client – a father-of-two – was “part of the process of delivery” and that he was transporting the drugs for other individuals.

“He was a delivery man, he was bringing the drugs from the wholesaler to the distributor,” he said adding Mr Callinan was “under pressure”.

In reply to a question from Mr Collins, Sgt McGrath accepted the defendant “had no choice” but to comply and that he did not receive any payment.

The barrister said his client, who had a cocaine addiction in the past, had “enjoyed a party lifestyle for a time” and had accepts responsibility for his actions.

”He pleaded early, he took ownership day one,” he said urging the court to be as lenient as possible.

”But for his addiction, he would not be in the bind he is on,” said Mr Collins who added that the defendant has worked in the past.

Judge O’Donnell was urged to note the defendant’s cooperation and his guilty plea as well as his efforts to address his addictions.

The judge said the quantity of drugs seized was of concern and he adjourned the matter to facilitate the preparation of a probation report.