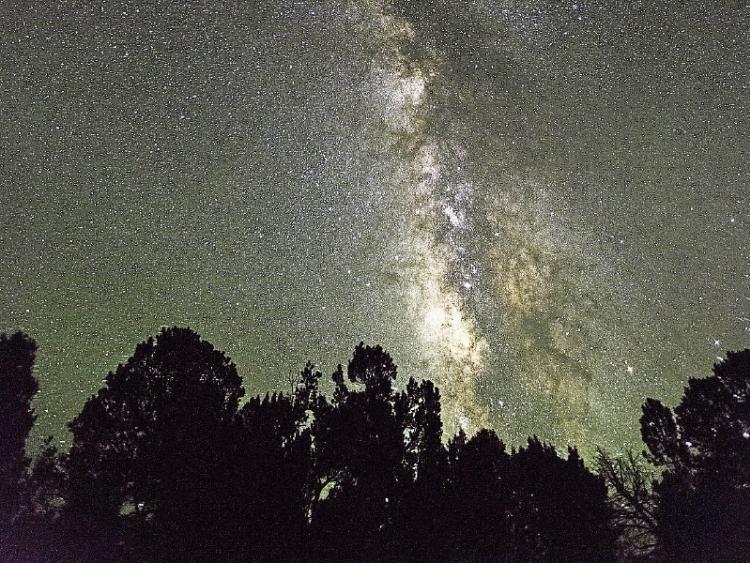 The Perseid meteor shower during the month of August is a highlight in the celestial calendar due to the number and brightness of the meteors observed. This meteor shower is a result of Earth passing through the tail of comet Swift-Tuttle. It is this debris that collides with the Earth’s upper atmosphere creating the bright streaks that cross the night sky. The peak of the Perseid meteor shower falls on the 12th August and will be best observed in the predawn sky. As with all meteor showers viewing under a dark sky away from light pollution will increase your chances of seeing the fainter meteors. The brightness of the moon should not be too much of a problem as it will be in its waning crescent phase.

While you are enjoying the meteor shower take the opportunity to observe both Venus and Mars. Looking towards the eastern horizon you should easily spot Venus shining brightly. Using Venus, draw an imaginary line to the crescent moon and beyond where you will see the reddish planet Mars. While Mars does not shine as brightly as Venus it can still easily be seen with the naked eye. Aside from the planets the open star cluster, Pleiades is also visible. Located to the upper left of the moon, this beautiful star cluster is commonly observed in the winter night skies.

This time of the year is a good time for viewing galaxies especially if you have a telescope however, not all galaxies need a telescope to view them. Under dark skies the spiral galaxy Andromeda is visible to the unaided eye although is best viewed using a pair of binoculars. To find Andromeda you need to locate Cassiopeia, the distinctive W-shaped constellation high in the north east sky. You will notice that one half of the W is ‘deeper’ than the other and can be used as an arrow head pointing towards Andromeda. Using binoculars follow the direction of the arrow and you will come across what appears to be a faint smudge of light in a flattened disc shape. This is Andromeda and while it will not look as impressive as the glossy images you see in an astronomy magazine, you are looking at the closest spiral galaxy to us, a mere 2.5 million light years away. This galaxy, containing approximately a trillion stars, is the most distant object visible to the unaided eye.