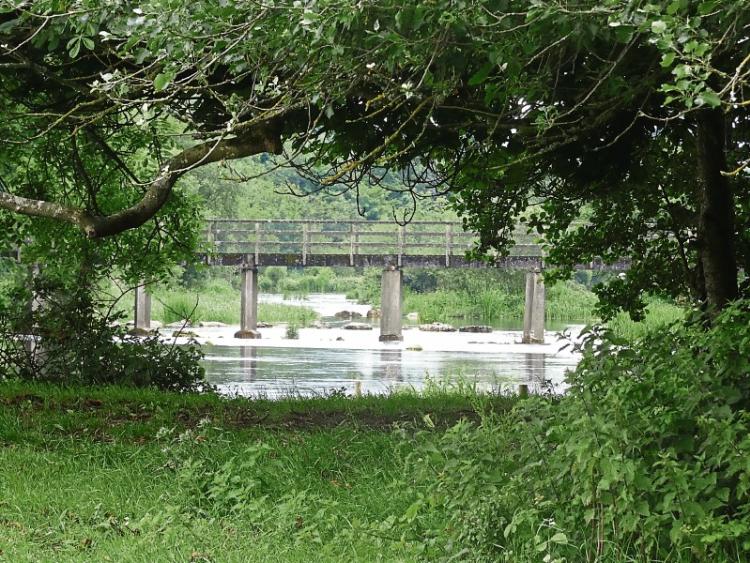 Reader Shane O’Brien shared this picture from Castleconnell this week

AFTER been stuck inside for the week during the mini Irish monsoon, we were all keen for some fresh air. We had been planning to do some pond dipping in a local river for the last month, but life kept on getting in the way. This was the perfect opportunity and the stream is only a mile from the house.

Thy normally low and gentle stream was a bit faster than usual after all the rain. To gain access we waded through long grass and brambles and set up the tray on the bank. Harry waited up top, while I carefully slid down into a shallow part of stream.

The water was clear and there is a good bed of gravel for insects and also lots of stones to hide under. Someone had placed a line of stones across the river and this helps ripple the water and add extra oxygen. I placed the net with the flow of the water and gently kicked up the gravel with my welly.

I waded over to Harry and we both knew that this was a good place. The first insects we identified were flattened Mayfly. Their large eyes were visible and the gills at the side of their bodies pulsated when they stopped moving.

There were also rounded mayfly nymph and as there name indicates their bodies are long and round.

Another encouraging sign was a stonefly. It swam with a snake like movement of its body and its tails were more than were more than half as long as body. These creatures are only found in the cleanest streams. We also found long thin red segmented worms.

A slight drizzle brought us back to the car and we disinfected our gear so as not to spread and pathogens.

Our last stop was a little stream located in a field by a tall standing stone. It marks the entrance to a very intact wedge tomb and you can sit inside and shelter from the rain. The farmer was cutting silage and we had to be quick as we parked in front of his gate.

This part of the stream had different creatures. It was full of freshwater shrimp and leeches and this indicates an ok water quality. As we watched the movement in the tray we were briefly joined by a stonechat. I have seen a lot of these birds this year and their population fluctuates depending on the severity of the winter. We also identified a new plant for us, water cress with cabbage like flowers and seed pods.

The farmer approached on the tractor and we quickly moved out of the way. He asked what we were doing and I explained that we were searching for water insects. He wondered out loud was there anything their? He pointed to a spot a few hundred meters away where the stream rises and flows on and around the back of my house.

He knew the source of all the local rivers and this is a knowledge of the land built up over a lifetime. The megalithic tomb came into the conversation, but he thinks that people have lost their interest in history.

I asked the important question around how good the summer was going to be. He paused for a minute and then explained that if you have lived for as he has, you know you are only going to get one summer. This he feels happened during the lockdown. I respect his wisdom but I hope he is wrong about the weather.