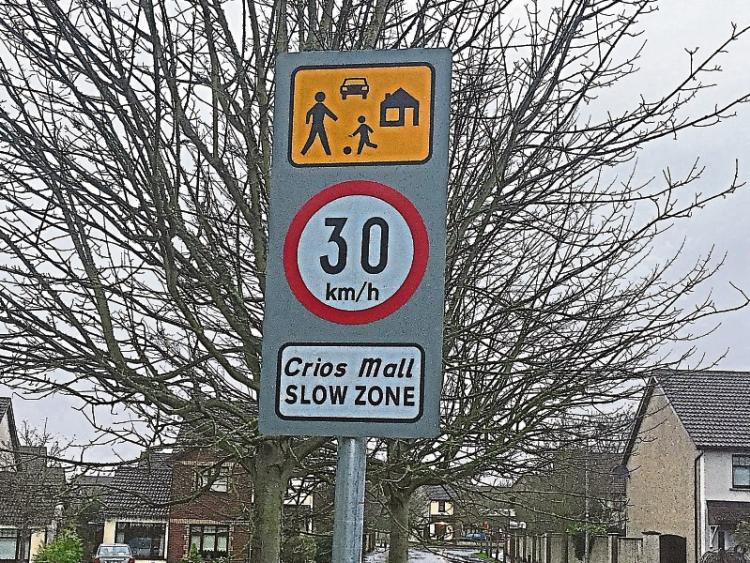 ADDITIONAL estates across Limerick city and county are to have 30km/h ‘slow zones’ introduced under plans published by the local authority.

The local authority has published a list of streets in estates the length and breadth of the county, where it intends to reduce the speed limit from 50km/h down to just 30km/h.

The council has published a series of maps outlining which streets and areas will be impacted.

These are available for inspection at various council offices until Monday, August 3 and submissions or representations may be made in writing by email to speedlimitsreview@limerick.ie.

Alternatively, you can write to the Operations and maintenance department, Limerick City and County Council, Dooradoyle Road, Dooradoyle.

A number of so-called slow zones have already been introduced at some estates across Limerick, particularly in areas where there is considered to be a high number of vulnerable road users.

These have seen the regular speed limit of 50km/h cut down to 30km/h in a bid to change driver behaviour.

The campaign to cut speed limits in estates came in the wake of the tragic death of Kilkenny toddler Jake Brennan, who was struck by a car outside his home in 2014.

The so-called ‘Jake’s Law’ recommends a speed limit cut to 30km/h in every estate.

There were at least 1,473 drivers disqualified from driving last year with over 178,268 offences committed resulting in penalty points issued across the country.

By far, the most common offence was speeding – there were over 114,000 instances where penalty points issued for this offence in the first 11 months of 2019.

Some 348 motorists were caught exceeding a 30km/h speed limit, in  housing estates.