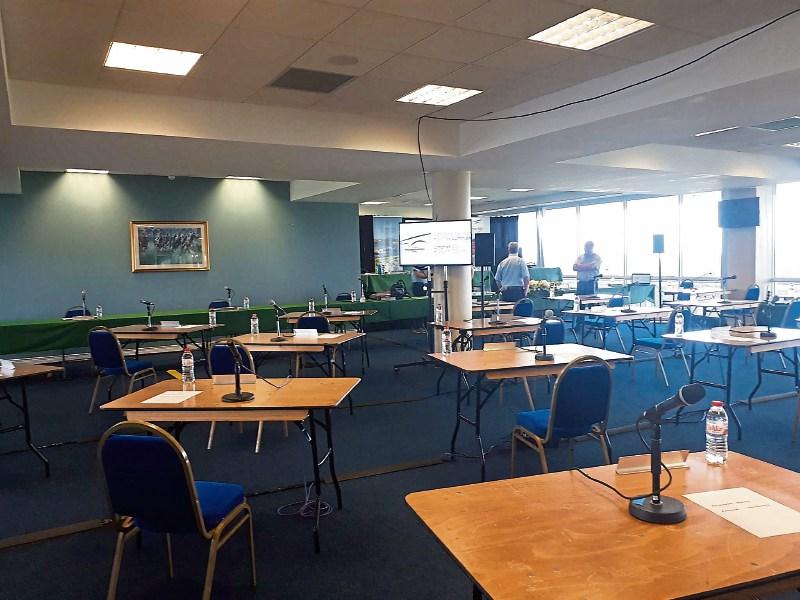 WITH social distancing likely to be the norm for many months to come, council members have agreed to hold future meetings off-site, if required.

Both the mayoral election and this month’s council meeting were held at the Limerick Racecourse in Patrickswell, to ensure members could be spaced two metres apart.

The agenda also had to be completed in two parts – so there were effectively two council meetings of two hours each on separate days, as well as the mayoral election. This was to ensure members were only present for the finite period of time.

Scenarios like this could play out in future, after it was agreed to amend standing orders to go off-site again if needs be.

Some committee meetings have taken place virtually in recent weeks rather than in person.