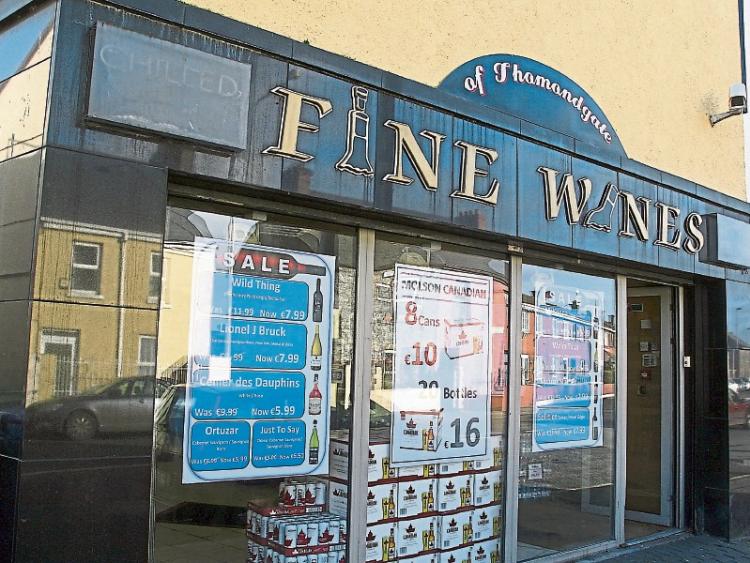 A LIMERICK man who robbed a Fine Wines in Thomondgate at knife-point was caught on CCTV going and coming from his house to the off-licence.

Frederick Walters, aged 33, of Kileely Road, Thomondgate pleaded guilty to robbery at his local Fine Wines at 2.30pm on October 13, 2019.

”The victim, who was aged 20 at the time, worked in Fine Wines in Thomondgate. He was attending LIT and working part-time. He described how he saw a male behind him. This man told him to “go to the till and get some money”.

“The victim saw that the defendant had a kitchen knife with a red handle. He had the knife in his right hand, angled towards the floor. The victim went to the till and the accused followed him,” said Mr O’Sullivan.

The barrister said the victim opened the till and “got what he could”.

”He said he ‘threw’ the money at him (Walters). The defendant left the off-licence. The victim went to the door, saw the accused hop on a bike. He came back in and contacted Mayorstone gardai,” said Mr O’Sullivan. €600 was stolen.

The injured party told gardai it “wasn’t a small knife”.

“My liberty was restricted. I was frightened throughout the ordeal,” said the student. The case was investigated by Detective Garda Eoin McDonagh. He confirmed to Mr O’Sullivan that CCTV captured Walters leaving his home in Kileely Road, going to the Fine Wines and then returning home again.

When arrested two days later he denied he was the person.

“It ain’t me,” Walters told gardai.

Mr O’Sullivan said it was a “straightforward case”.

“The student declined to make a victim impact statement but told gardai he was ‘threatened’ and ‘felt he was a prisoner’,” said Mr O’Sullivan.

“Did he use the money to buy drugs?” asked Mr Whyms. “Yes,” said Det Garda McDonagh.

“Is it fair to say this wasn’t the most brilliantly conceived criminal exploit? Cameras traced him from the beginning at his house to the end at his house,” said Mr Whyms.

The court heard that Walters has a “plethora” of previous convictions for driving matters and also a number of drugs convictions.

“But nothing of this type – theft, robbery, burglary?” asked Mr Whyms. “No,” said Det Garda McDonagh.

In mitigation, Mr Whyms said his client is now 33 and hasn’t been in very serious trouble before.

“He became dependent on cocaine and heroin. He lived more and more on the margins of society due to his addiction to heroin. He has a seven-year-old daughter and has sought treatment in a residential centre,” said Mr Whyms.

The barrister described it as a “very stupid enterprise”.

“It is not the sort of thing he was involved in before. When the victim pressed the panic button he (Walters) asked him, ‘Why did you press it? Don’t press it again’.

“He wants to apologise to the victim. The victim said he was ‘terrorised’. He (Walters) rightly regrets that. He had not behaved in this fashion before. It is not him,” said Mr Whyms.

Judge Tom O’Donnell said this was a “very frightening experience” for the student, who was doing part-time work to help finance his education.

“Robberies like this are far too prevalent. Shops of this nature seem to be an easy target. He (Walters) was armed with a knife, it was premeditated and threatening. He has previous for possession and supply of drugs,” said Judge O’Donnell.

In mitigation, the judge said Walters made an early plea of guilty thus preventing the “poor, misfortunate student from having to come to court to give evidence”.

“He has apologised and expressed remorse. It is a serious matter. The headline sentence is four years,” said Judge O’Donnell.

Taking into account the guilty plea and other factors, Judge O’Donnell sentenced Walters to three years in prison for robbery.