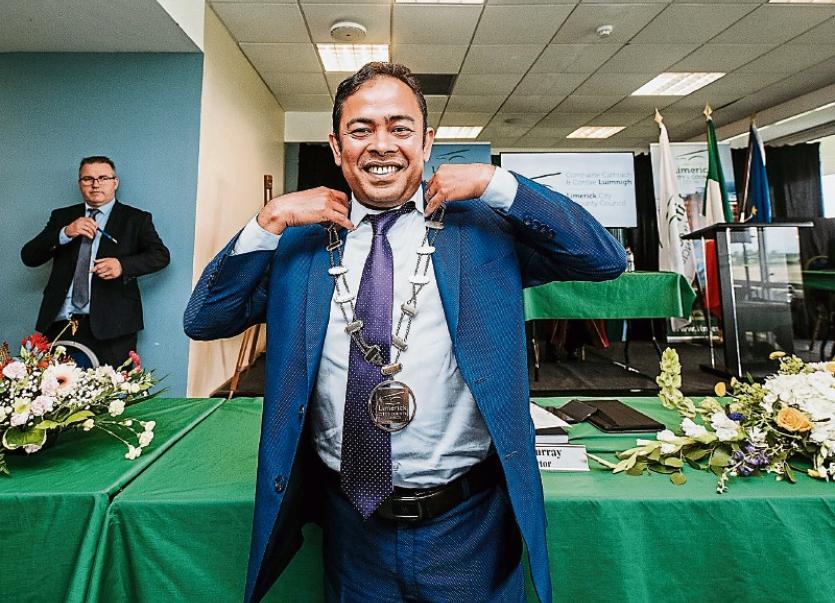 LIMERICK’s new deputy mayor has been targetted with what has been described as “repulsive” and “racist” abuse on the Internet.

Fianna Fail member Abul Kalam Azad Talukdar won the support of 31 of 39 councillors to become the first Muslim to hold a top political job on Limerick City and County Council.

But no sooner had he been elected, right-wing commentator Gemma O’Doherty issued a series of comments on the social media site Twitter, which led to a big debate and what many felt were racist comments by some.

“If we don't take back our country very soon, it will be gone again, but this time for good,” she wrote. Many of her followers also wrote to agree with the sentiments.

These comments have been reported to Twitter, while colleagues and friends were rallying around the Bangladeshi national last night, with newly appointed Minister of State Niall Collins describing Ms O’Doherty’s slur comments as “repulsive in the extreme”.

Speaking to the Limerick Leader, Cllr Talukder said he has “no time for a small minority of people like this.”

“It is very disappointing, but she couldn't even get elected herself. She has no mandate. People in Limerick City West elected me. I was elected by the people, I was even elected deputy mayor. That's why I won't use my energy for her.” he said.

The City West member – who made history on his election last summer – added: “It makes me very sad. My family and my community worry. I've had a lot of calls on this, not just from Limerick, but from Cork, Waterford and elsewhere after the racist attack. I told my community, don't be sad. Irish people have already proven they are not like this.”

His party colleague Mr Collins said: “The less media focus and attention she [Ms O’Doherty] gets, the better. Azad represents the face of a changing Limerick, and it is right we embrace all creeds, cultures and none, all parts of society.”

Fellow City West councillor Daniel Butler was one of dozens to also report the comments to Twitter.He said: “The election of Azad is reflective of Limerick and the new Irish society we have. Everyone has been enriched by new cultures which have come in. We are the better for them.”

Cllr Butler said he felt if he didn’t do anything, he would be “complicit” in the abuse.“I think it's important not just as a public official, but a citizen, that I condemn anything that I see as racist against any individual. I think it's important we stand with the people who are victims of racism. We all need to realise that. We have to understand we all have a role to play in ensuring racism is stamped out,” he concluded.

@TwitterSupport I would like to report this racist attack on our newly elected Deputy Mayor of @LimerickCouncil Azad Talukder. This has no place on our city or country. We are a diverse city culturally a quality we embrace and are truly enriched from. #DiversityAndInclusion pic.twitter.com/odhHHZwQxe

There was also condemnation of the comments from Doras chief executive John Lannon, who said: “We are appalled that the race, ethnicity or religion of any public representative would be used as an opportunity to spread messages of intolerance and hate. The recent general elections have shown that there is next-to-no public support for people and parties that overtly carry anti-immigrant, far-right views.”