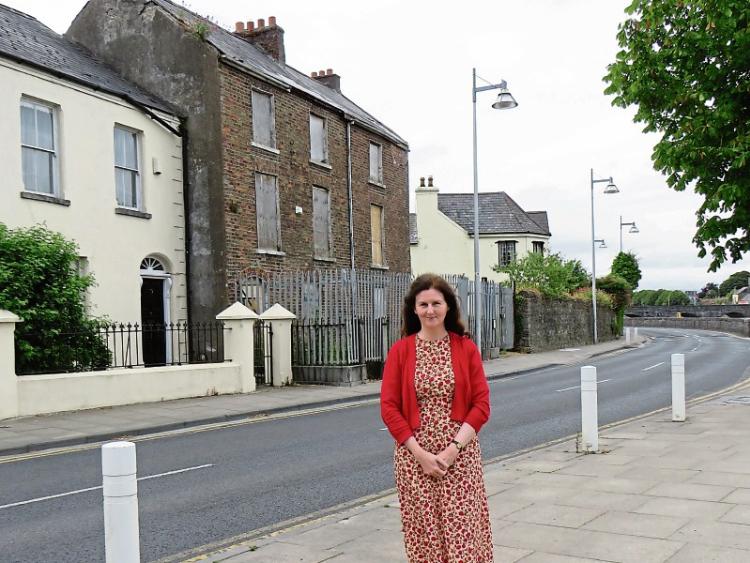 AN objector to plans to demolish Curragower House says she hopes the landmark city building can still be saved.

An Bord Pleanala has given the go-ahead for the building in Clancy Strand to be demolished and replaced with a townhouse, apartments and cafe.

But Michelle Hayes, the president of Environmental Trust Ireland and a former chair of An Taisce Limerick, has sparked renewed hope of its saving, by urging a judicial review into An Bord Pleanala’s decision.

She said: “The destruction of the 18th century Georgian building, Curragower House would be a complete travesty and present an enormous loss to the historic, visual, cultural and architectural heritage of Limerick City and County.  Once gone, it’s gone forever.”

Ms Hayes pointed out the An Bord Pleanala inspector agreed with her submission, and held “the proposed development would be incongruous with the visual amenities of the area”.

The Inspector stated “I would have serious concerns regarding the demolition of ‘Curragower House’, and stated that “the demolition of an existing historic dwelling ‘Curragower House’, which contributes to the architectural character of the area, would fail to have regard for the intrinsic historic character of Clancy’s Strand”  and recommended that “planning permission be refused”.

However, in its decision, An Bord Pleanala overruled its own Inspector’s recommendation to refuse planning for demolition.

Ms Hayes said she is heartened and encouraged in her battle to save Curragower House by the large scale outpouring of public support for its retention.

“It is clearly cherished by the people of Limerick who have taken this historic and architectural gem to their hearts,” she added.