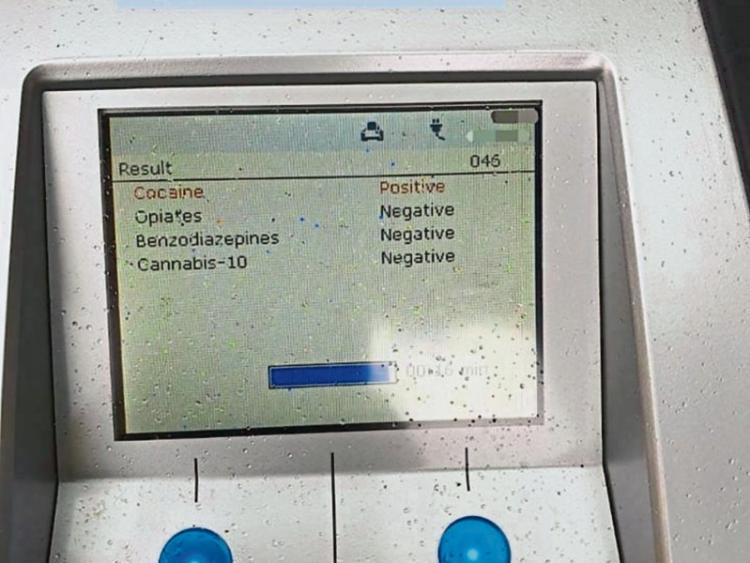 A MOTORIST who tested positive for cocaine when stopped by gardai is facing a mandatory disqualification.

The driver was arrested by members of the Roads Policing Unit who are based in the Newcastle West garda district.

They were assisting members of the local drugs unit when they encountered the motorist.

According to a post on social media, a blood sample which was provided by the driver tested positive for cocaine.

Court proceedings have been initiated and a mandatory four-year ban will be imposed if a conviction is recorded.