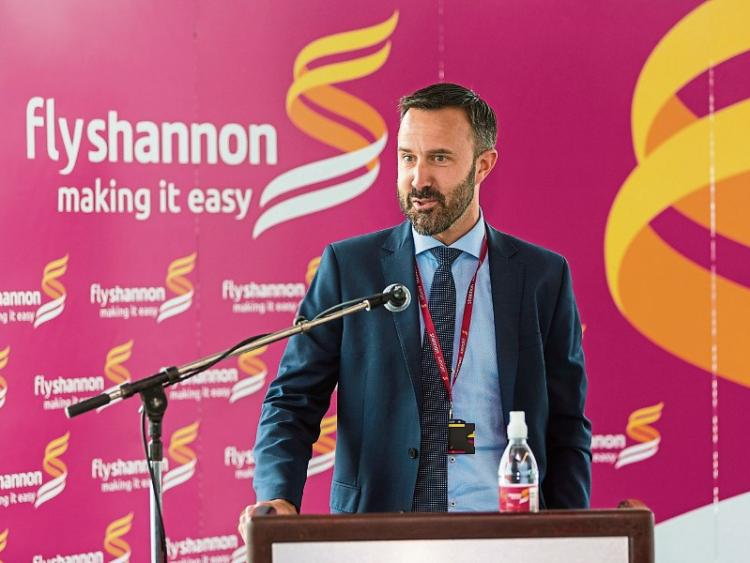 THE managing director of Shannon Airport Andrew Murphy has left his role to take up a job elsewhere in the aviation sector.

He was appointed to the position in January 2017 having previously served as chief commercial officer at Shannon Group.

Mary Considine, Shannon Group’s chief executive said: “Andrew has played an instrumental role at Shannon Group since the early days of its establishment and we are very appreciative of his dedication and hard work throughout his career with us. I would like to wish him every success and happiness in his new career."

Commercial passenger services took to the skies from Shannon again this week, with Ryanair resuming 16 flights.

But the coronavirus pandemic has adversely impacted Limerick’s local airport, with virtually all services grounded at the airport during the three month lockdown.

By contract, very limited services were operating out of Cork and Dublin airport. The most popular route from Shannon, the treasured Heathrow service was suspended temporarily here.

The firm has warned traffic could fall up to 70% this year – and it would take at least three years for ridership to return to pre-2019 levels.

The airport secured funding of €6.1m from government last week, with former Transport Minister Shane Ross saying without the injection, it could have run out of cash by October.

It's the second departure to hit the Shannon group in a fortnight after Shannon Heritage chief Niall O'Callaghan stepped down.