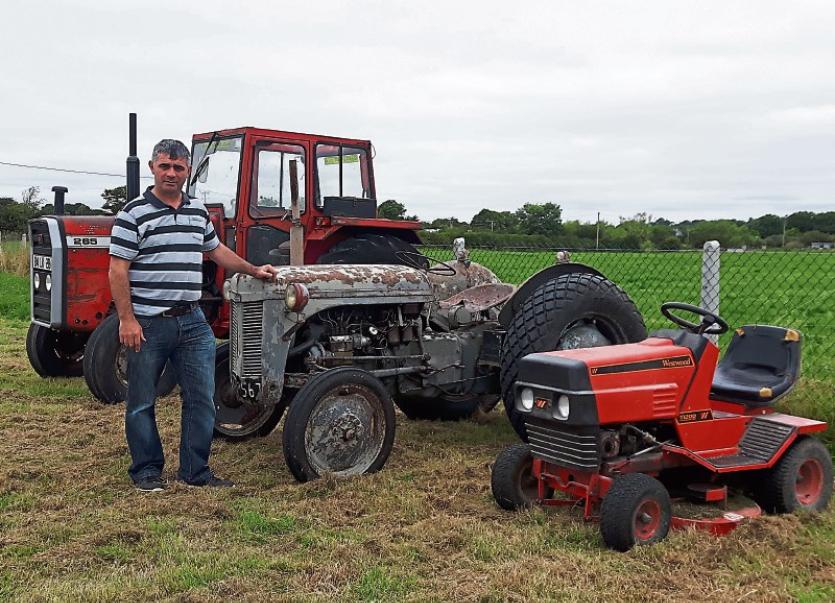 AGRICULTURE is the main driver of the rural economy, states Deputy Richard O’Donoghue.

“Employment in the agricultural sector accounts for 260,000 jobs - that is one in eight people - employed in this sector. 90% of the beef produced in Ireland is exported. Our food exports in 2019 was €13 billion,” said the Independent TD.

The Banogue man said he is very annoyed that farmers are being repeatedly referred to as the cause of greenhouse gases.

“Recently in the Dail I referred to this point and explained that there is a distinct divide between the cause of emissions and being a contributor. I explained that farmers are conscious of the environment and the causes of carbon emissions.

“The Irish farmer finds it unbearable to imagine they are being curtailed in production yet there are trade deals to import deforestation beef from Brazil. 99,000 thousand tonnes of beef were set to come into the EU at a value of €21 million January to September 2019.

“Stopping 99,000 tonnes of beef coming into Europe was tackled by organisations of young farmers around Europe including Macra Na Feirme who signed a petition stopping the entry of beef into Europe. However, UK are no longer part of the EU so deforestation beef can come into UK unencumbered thus damaging our market into the UK and Europe.”

Deputy O’Donoghue believes that if we are serious about emission reduction, we need first to look at land mobility.

“Land mobility is about moving land from one generation to the next. Macra na Feirme produced a comprehensive paper on succession planning leading to partnerships. In 2019 alone when they secured 500 arrangements for 47,000 acres. For this to happen we all need to look at ways of incentivising the young farmer to take on more land or the older farmer to retire.

The Independent TD is pushing for a reduction in VAT for milk recording services. Every conversation about emission reduction is about reducing the national herd, he said.

“Milk recording equipment services carry high VAT which actually tripled to 13.5% in the past year. This is cutting edge technology that highlights high performing animals thus allowing a culling of non-performing animals which ultimately will reduce the national herd. I am calling for joined up thinking. We do not need de-incentivising such important practices.

“I am also calling on reducing VAT on sexed semen which would also help in reducing emissions e.g. a reduction in Friesian bull calves being born would reduce the national herd. A properly funded set of agri-environmental schemes need to be results based. Farmers by their very nature love animals and nature. Teagasc have the latest cutting-edge results of this.

“Teagasc have continually stated that when they work with farmers and give them training on what is right for their farm, that the farmer will follow the plan and know what is right for their environment. Many know that traditional schemes will not work. Work with the farmers and not against them. This gets everyone’s back up and causes the divide.”

It has often been said that if the Dutch had Ireland they would feed the world because our dairy industry in Ireland is the least intensive in the world.

“There is huge demand for Irish products in Europe. It is well documented that Irish farmers use the least amount of pesticides. Their animals are grass fed for 8-10 months of the year, and they operate minimal intensified farming practice. Ireland is the fifth biggest exporter of beef in the world and the largest exporter in Europe,” he concluded.