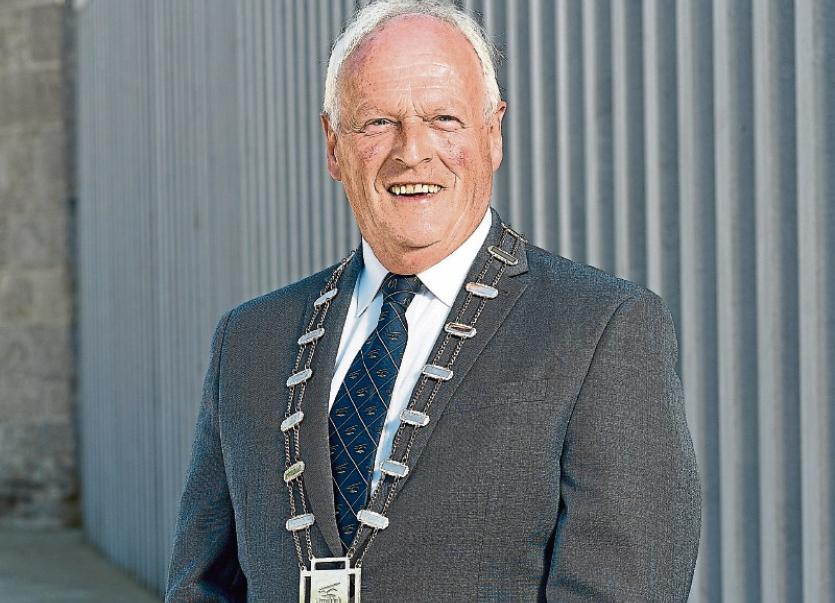 IN THE middle of the basketball court in Coláiste Iósaef, Cllr Eddie Ryan didn’t drop a ball, he dropped a bombshell.

“I will be leaving the Fianna Fáil group in Limerick City and County after 40 years of service. The last year and a half have not been a happy place for me in the party. It is of great regret that I have had to make this decision,” said Cllr Ryan at last week’s meeting of the Cappamore-Kilmallock municipal district held in its new socially distanced venue.

It was a slam dunk moment if you will. His words echoed around the big hall and they soon reverberated in political circles across the county. Cllr Ryan is as Fianna Fail as you could get.

The Galbally man said he has been “let down” and was treated “scandalously”.

Cllr Ryan said Fianna Fail asked him to run 32 months before the general election but held him in a “holding pen” until 16 days before it when he was put on the ticket.

“I mulled it over for 24 hours and made my own decision not to run. I was not dealing with a level playing yield. Had I been asked a month after the local elections I was in with a shot of a second seat for Fianna Fail but obviously Niall Collins didn’t want that and he got his say.”

Deputy Collins has previously said, “Fianna Fail members with the exception of Cllr Ryan know and understand that no individual or TD controls the selection of candidates.”

Cllr Ryan said he wouldn’t lay it all at the feet of Niall Collins.

“Niall Collins; Sean Dorgan,  general secretary; Chris Flood, constituency organising chairman; Colm Leahy, Munster organiser, and, of course, the one and only Micheál Martin who I met, discussed and had canvassed with previously. He’s the boss, he’s the gaffer. He never took the decision some Monday morning to say, ‘Open the file there, who are we running in Limerick County?’ This was a small job.

“I met him at the All-Ireland final in 2018 and he said, ‘I’ll be in touch with you in a week’. I never heard from him. We had a convention in January 2019. Billy Kelleher said we are electing one and one of the other two – which was Aidan Gleeson or myself – will be added in the next two weeks. They didn’t get around to ringing me until 16 days before the actual election.

“Well done and fair play to Michael Collins. He put himself forward. I didn’t sit at home and sulk about it. I got out and I canvassed for him for the amount of time he had left which was 12 days. He got over 5,000 votes and he was an excellent candidate. He is going to be there for the future. My time has come and gone in terms of that.”

Cllr Ryan said he never really had any great ambitions for the Dail as he fought three elections to become a councillor because he wanted that job and enjoys it. But his expectations had been raised, he said. In 2009 and 2014 local elections he took the highest Fianna Fail percentage vote in the city and county.

The decision to leave the party has been mulled over for over a month.

“Some would say, ‘Why bother? Why not sit quietly and shut up?’ ​It is not about that. The reason I am doing this is because when a convention is held in the future for a council candidate or a Dail candidate – respect them and be decent.

“If they are not being ran, tell them that. Tell them, ‘We are running someone else’. Don’t do this to anyone else. I am standing up for the people who want to dip their toes in politics in future. It shouldn’t be a game of tricks and trickery. It is about helping the people and advancing the cause of those that need you. That is my philosophy. I will continue to do that and I look forward to it. It is what I love to do.”

The ball is in Fianna Fail’s court now.