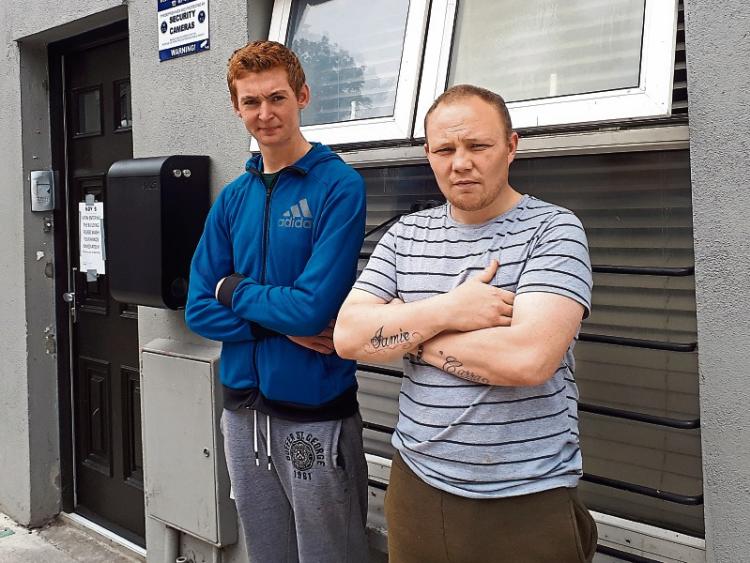 RESIDENTS of the homeless shelter in Lord Edward Street have vowed to protest after it emerged the facility will no longer be open 24-hours.

Occupants are to picket the HSE’s offices in Catherine Street after the health service cut funding to the centre, colloquially known as the ‘nine to nine’

In response to the pandemic, the facility, operated by Novas, was converted into a 24-hour facility to provide safety for its residents.

But as of July 16 next, the homelessness charity and the council have both confirmed a cut in funding, meaning the centre will return to operating just 12 hours a day.

Jonathan Kelly from Southill is furious with the move, saying: “Since this became 24-hour, the crime rate rent down, drug use has gone down, people have rehabilitated themselves. Some drinkers have stopped drinking, and some people who were recidivists have stopped getting in trouble as they had somewhere to go, and somewhere to be.”

Despite a drop in the number of Covid-19 cases, Jonathan says residents feel uneasy being out on the streets all day.

“What if you put every man and woman on the street? What are the chances of them coming back to the building with Covid-19? You don’t know where these people are meeting. It’s killed morale here. Before we used to wake up with a smile on our face. Now its just another day down [until July 16],” he explained.

Askeaton man Michael Hayes admits he is concerned that he will return to street drinking and taking tablets once residents are asked to vacate the building at 9am.

“I’ve done the nine to nine stuff before and it tears the soul out of you,” he said.

Dr Una Burns, Novas’s policy director confirmed the move, adding it has been forced upon them by the HSE and council, who they operated the service on behalf of.

She said: “We are upset, staff are upset, as our the residents. With the decline in cases and the pandemic stabilising, council made the decision to close it. We advocated to keep it open on a 24-hour basis, to continue the advocacy work.”

A council spokesperson said Novas is allocated funding to run the facility, which has 30 occupants in two buildings.

They said the HSE, having put in place funding to allow it to go 24-hour temporarily, has now rescinded this.

“They’ve said it couldn’t be done in that building. But they’ve shown us that it clearly can be done,” she said.

The HSE has been contacted for comment by the Limerick Leader.