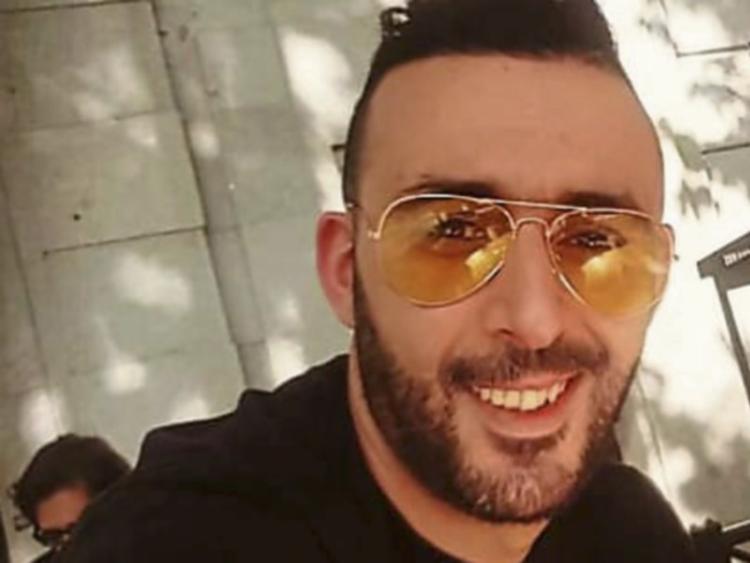 THE CYCLIST killed on the Hyde Road, while returning home from work in the early hours of Friday morning, had fled the Civil War in Libya for a safer life in Limerick.

Saad Al Werfally, aged in his 30s, was affectionately known as Kiki. His heartbroken friends said Saad “fell in love” with Limerick where he has lived for the last eight years.

The hearse tragically carrying Saad’s remains to Dublin, where his sister resides, made one final stop in Limerick on Monday. The funeral cortege drove by Analog where Kiki touched lives and made friends in his catering role with BaxterStorey. Hundreds came out to pay their respects.

He died after he was struck by a car. The driver of the vehicle - Patrick Pio O'Reilly, of Kilmurry, Castletroy - was also fatally injured. He was laid to rest this Tuesday.

One of many to pay tribute to Saad was Winnie Shanahan O'Brian, originally from Doon, but living in Castletroy. She was introduced to Saad as she hosts international students.

“This devastating and incomprehensible tragedy is beyond words, and such a traumatic shock to so many people who loved him. Saad arrived in Ireland from Lybia in 2011 with a Law degree, and continued further higher education in Dublin. He then moved to Limerick, a city he fell in love with, and made many close friends in.

“Saad's kind nature was obvious to everyone. He loved life and enjoyed living to its fullest. He loved fashion and was very stylish, but also loved music and sports and played football. An incredible person of many talents and interests. Most of all he was extremely caring and loving towards others and was loved deeply by all those who knew him closely and, of course, his family,” said Winnie. From speaking to his friends these last few days, they have told her, “Limerick just won't be the same without him".

“Many people don't appreciate Limerick but to Saad it was paradise and he loved it. He worked hard to be part of the culture of the city and immersed himself in life in Limerick.

“He was a young man who gave joy to many, and his loss is devastating and is felt deeply by the many people who loved him for the wonderful person he was.

“My deepest condolences to all who loved him and especially his family. He will be remembered forever and will live on in the many amazing memories he gave to so many people,” said Winnie.

His former BaxterStorey supervisor Caroline O'Shaughnessy said Saad was the happiest, kindest soul you could ever meet.

“He would always greet you with a smile. He always had a kind word for everyone. It’s a tragic loss. It is just horrendous. He was just on his way home from work. We are still in shock that he is gone," said Caroline.

Another former colleague is Stephanie O’Donnell who said his workmates and friends will “miss him dearly”. “He was such a lovely guy, a real gentleman and loved by everyone who knew him," said Stephanie.