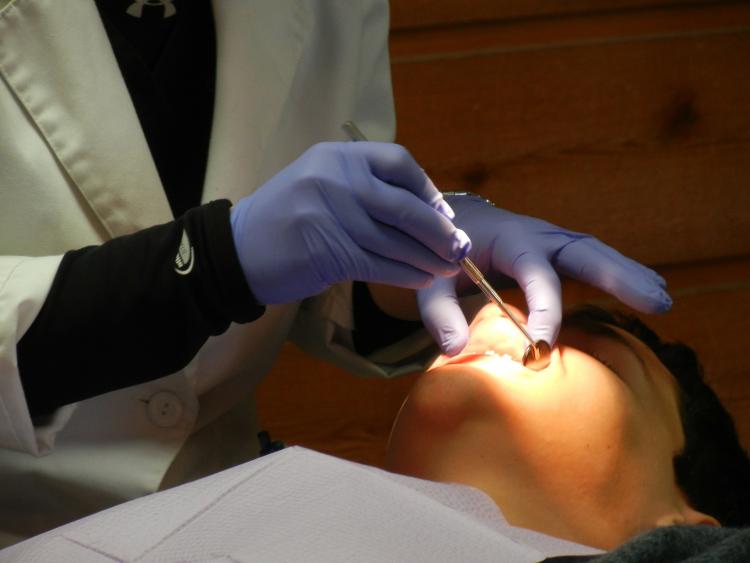 A leading Mid-West dental practitioner has expressed concern about delays in diagnosing cancers and other conditions due to COVID-19, with two patients presenting with cancer symptoms that subsequently proved positive in the three weeks since reopening

Dr. Robert Bowe, of Bowe Dental Clinic in Roxboro and Foynes, has said that while Ireland locked down for good reason, the public and the health services will count the cost of not acting on issues early on.  He advises patients not to ignore warning signs and check up on any unusual symptoms with their GP, dentist or other medical practitioner.

He also called on government for a major public awareness campaign around encouraging people to immediately seek an appointment with their GP, dentist or other medical practitioners in the same way they would have done prior to COVID-19.

The Limerick dentist made the comments after discovering two mouth cancer cases in the first three weeks of returning to work – double the number detected across the previous eight years, and urged people: “If you have an ulcer in the mouth that does not go away after two weeks get your dentist or doctor to look at it. If it does not heal, get it checked out.  Most will be easily treated, but if you’ve got a more serious problem, it’s much better to catch it earlier than later.”

Describing the two cancer cases he’s experienced in the three weeks, he said: “I would usually see one cancer case every eight years, but I’ve just seen two in three weeks. One of these cases was a non-healing ulcer and the other was a blood cancer, a lymphoma had presented in the mouth. I saw a lady who had an unusual infection around a tooth extraction, and I referred her in to get it checked out, but her appointment kept getting rescheduled by the hospital due to Covid-19. She came back to me and I saw the lesion had grown so I rang the consultant and she was booked in the next day, biopsied immediately and now has a treatment plan with a haematologist.

“When I catch something suspect like this, I refer the patient immediately to a consultant, who will usually see the patient within days.  Thankfully both patients are now receiving treatment and have a very positive outlook.”

He said that as a healthcare practitioner, he is extremely concerned that patients are avoiding getting important problems checked out.  “People are delaying presenting to a doctor or other healthcare providers which in turn can result in a poorer outcome. If I, as a dentist, am seeing two cancers in three weeks, how many other cancers are walking around undiagnosed? Breast cancers, colorectal etc.?”

Dr. Bowe said he did not believe this was a coincidence and expressed concerns that we are in for an unprecedented surge in reported cancers over the coming months in Ireland because people have put their health on hold. “After lockdown, we have a lot of ground to make up.  What’s happening from my perspective in dentistry is that some people might have found a problem but have been afraid to seek help, or assume services aren’t available.  We’ve all made a lot of sacrifices to flatten the COVID-curve, but when it comes to other health conditions it’s time to get going again.  Catching problems earlier leads to much better results.

“What needs to happen and quickly is that the HSE launches a campaign that encourages people to get back out there and go to their GP, dentist or other medical practitioner if they have a problem.  We have to encourage them to have confidence in practices as unprecedented levels of care are being taken to make sure the patient is protected from any potential spread of the virus.

“We just have to give people back confidence.  There is undoubtedly a need and there is a quality health service for those who need it. The bit in the middle is confidence and the HSE has to work at restoring that or else we are going to see a huge surge in cancers.  People may have worse outcomes because their cases were not caught as early as they should have been,” he continued.