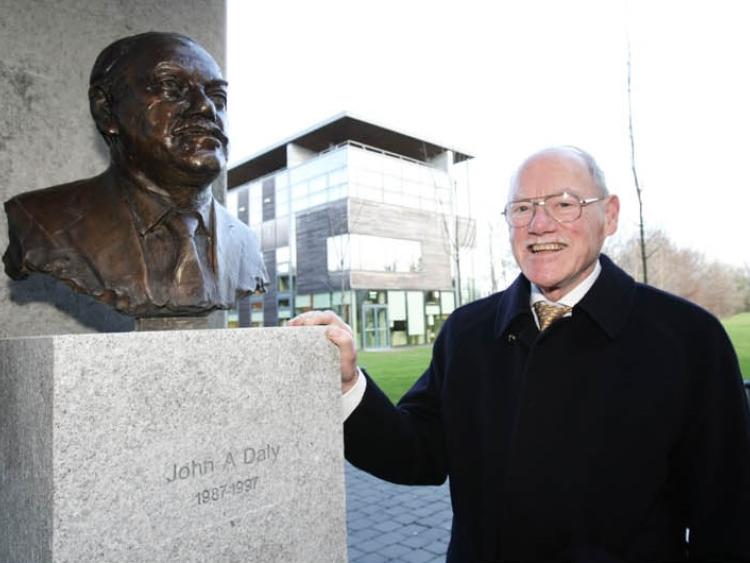 MANY tributes were paid this week to Jack Daly former Chancellor at the University of Limerick and chairman of the Shannon Development Company, who has passed away.

"He played a major role in the development of the Mid-West region through his role with Shannon Development and at the university where he was both Chancellor and the first chairman when it received university status," said Deputy Willie O'Dea.

"Our thoughts are with the family and friends of our former Chancellor Jack Daly with the news of his passing. Jack Daly (UL Chancellor 1987 - 1997) was chairman of the Governing Body of the NIHE when it became University of Limerick in 1989," UL tweeted this week.

Saddened to hear of the passing of Jack Daly, former Chancellor at the University of Limerick (1987-1997). Inside the door of Plassey House are a pair of plaques that document the huge transition that occurred in Limerick in 1989. @UL @Limerick_Leader @ShannonDev pic.twitter.com/hIyXy4nT3N

Removal from his residence on Tuesday morning for Mass at 12 noon in St. Patrick's Church, New Quay, followed by burial in Corcomroe Abbey.